Models take both these days West.

The second wave has better legs.

Models are cheap and change often.

In real time what they do is more important. 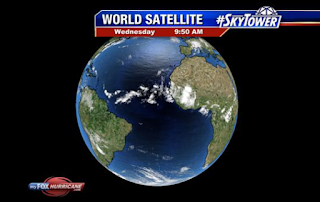 Yes the wave is over Africa.

Models aren’t really worth watching yet. 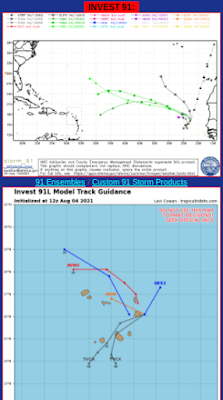 Honestly as much as we all like to watch long range models, the only take away here is that they keep the wave/s viable for a while and that means…………. “yes they have a chance”

Today is a travel day for me so keeping this short and may update tonight if I have time. Headed North this time, first time since December of 2019 so it’s a big trip. Going to help my daughter who was hurt back on July 4th and is being released from Rehab so I’ll be there a while.

Currently the East Coast is swamped with rain, repetitive rain and sometimes flooding rain in New England. Florida is having a wet summer and that usually connects to a late season hit from the SW close to October give or take a week or so. I am concerned on an East Coast hit somewhere this year and not just talking the Outer Banks but as the pattern evolves we will see more where that may set up. For now we are watching the waves in real time to see how the models verify or not. But as much as people ask on models watch the waves and wait to see if the pattern changes at all.

Tropical Storm Sam Forms! Forecast to be a Major Hurricane Approaching the Islands. East Coast, Bermuda and the Islands Watching to See What Changes...

Tropical Depression 18 Forecast to be Tropical Storm Sam. A Trouble Maker or Just a Tease? Time Will Tell. Lots of Ocean to Roam...

Roku: The Party May Finally Be Over

Roku: The Party May Finally Be Over Source link
Read more

TikTok has transformed the role of sound in social media. Rather than it being an afterthought, for many, music has become the trigger point...
Read more