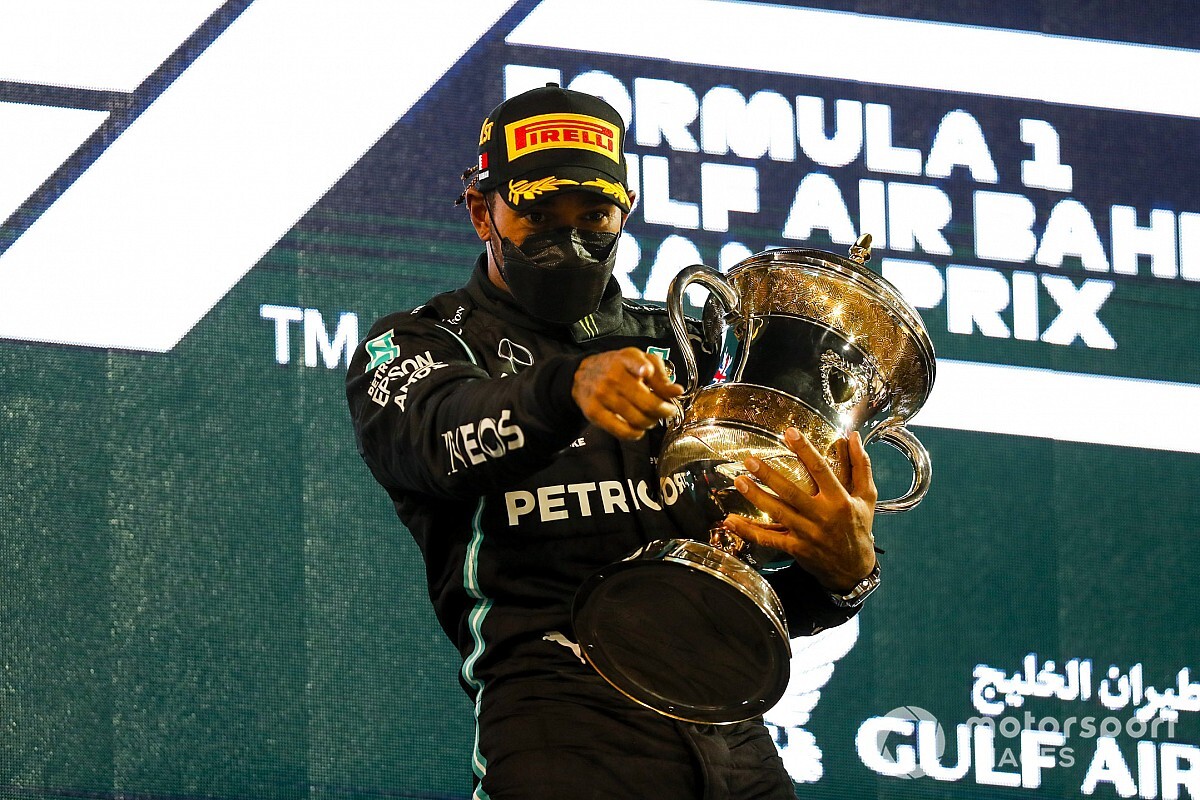 Hamilton has won 74 races since the start of 2014 and his Mercedes team 103 of the 138 in that period, which has led to suggestions from some observers that such a level of success is solely down to the Black Arrows squad’s car advantages.

Such theories ignore the 22 wins Hamilton scored for McLaren before joining his current team, as well as events where Mercedes has not had the best car and Hamilton has beaten faster opposition – such as the 2018 Italian Grand Prix against Ferrari.

When asked if his race-winning performance would prove his critics wrong, Hamilton said: “I think [last Sunday’s race] was definitely a blessing, perhaps in disguise.

“There’s always a chance, opportunities to prove people wrong, and I like to think that was definitely one of them.

“But I think there have been several in the past – there have been many in the past, obviously, I’ve been around a long time – but I hope there are many opportunities in the future to be able to show what I was able to do [in Bahrain] also.”

Red Bull’s current pace advantage has raised expectations that F1 could be set for a close, multi-team title fight, which has not happened since 2012.

Hamilton says he does not “recall how close the other seasons were exactly” but reckons “this has got to have started off as one of the toughest, if not the [toughest]”.

“I think Red Bull’s pace is incredibly strong, as you could see,” he added.  “We can’t match them in qualifying right now. That’s a big step for us.

“Obviously I thought we could get closer within the race – but that was a little bit too close for my liking.

“The thing is, we just don’t know how much better they’ll be in other places that we go to – or how much worse, or how good [Mercedes will be].

“Maybe our car’s better in other places than it is here, or maybe it’s worse – we’ll wait and find out. One thing’s for sure, we’ll work as hard as we can to improve it.”

Pole-sitter Cam Waters led across the first stint, although it was never a comfortable lead. From the word go he had Whincup...
Read more

Larger black holes may be the usual attention-getters, but the smaller ones may be at least as important. A team using the Hubble...
Read more

How to Do It Right

It can seem cruel that just as you’ve called your marriage quits, you have to quickly leap...
Read more

Every few years, I will be at a market that has an array of the most beautiful olives and I’m tempted… …to buy them...
Read more