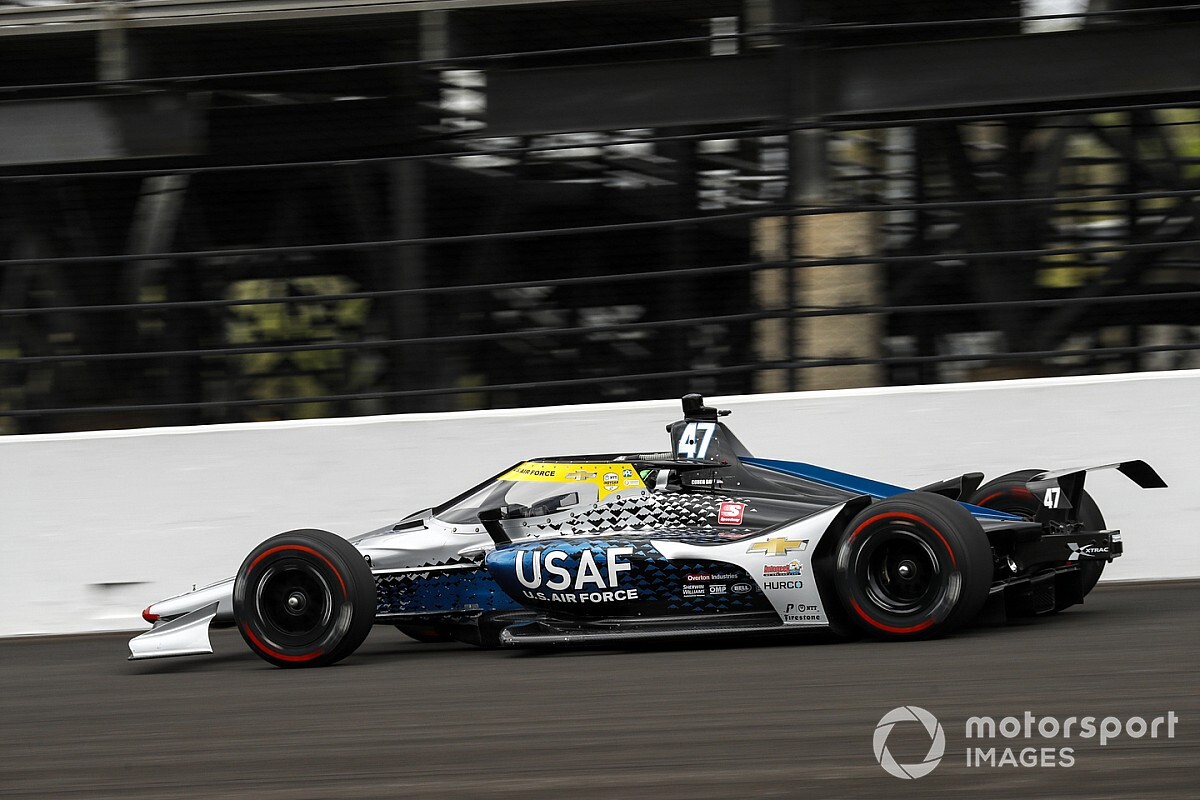 Because of how much time was lost to rain yesterday, IndyCar started running at 9am U.S. ET, beginning with a session for the rookies and refreshers, whose track time yesterday was pinched by bad weather and eventually fading light.

All have now fulfilled the requirements of IndyCar and Indianapolis Motor Speedway and are cleared to practice with others.

Once the track was open to all, the teams swiftly got on with running in packs, and Daly moved to the top of the times with a 224.790mph on the 16th of his 23 laps so far. That was a mere 0.05mph faster than 2008 Indy 500 winner Scott Dixon of Chip Ganassi Racing-Honda who was 0.45mph faster than the Arrow McLaren SP-Chevy of Pato O’Ward.

As yesterday, Colton Herta’s #26 Gainbridge car heads the Andretti Autosport-Honda contingent, while one of last year’s Indy 500 revelations Alex Palou has ensured two Ganassi cars are in the top five.

The Rahal Letterman Lanigan-Hondas are being best represented currently by Santino Ferrucci in the third car, but Graham Rahal has the strongest no-tow lap speed of all at the moment, with a 221.949mph.

Second in the no-tows is Team Penske-Chevrolet’s 2018 Indy winner Will Power, although he sits 22nd on the overall speed chart.

There are five hours left in the session which has resumed after a brief but heavy shower. Should further precipitation occur, IndyCar could feasibly extend track time to 7pm, as it did yesterday.

One car that will not be seen today is the #21 ECR-Chevrolet of Rinus VeeKay who suffered a big shunt in yesterday morning’s session, and is still nursing a broken finger.