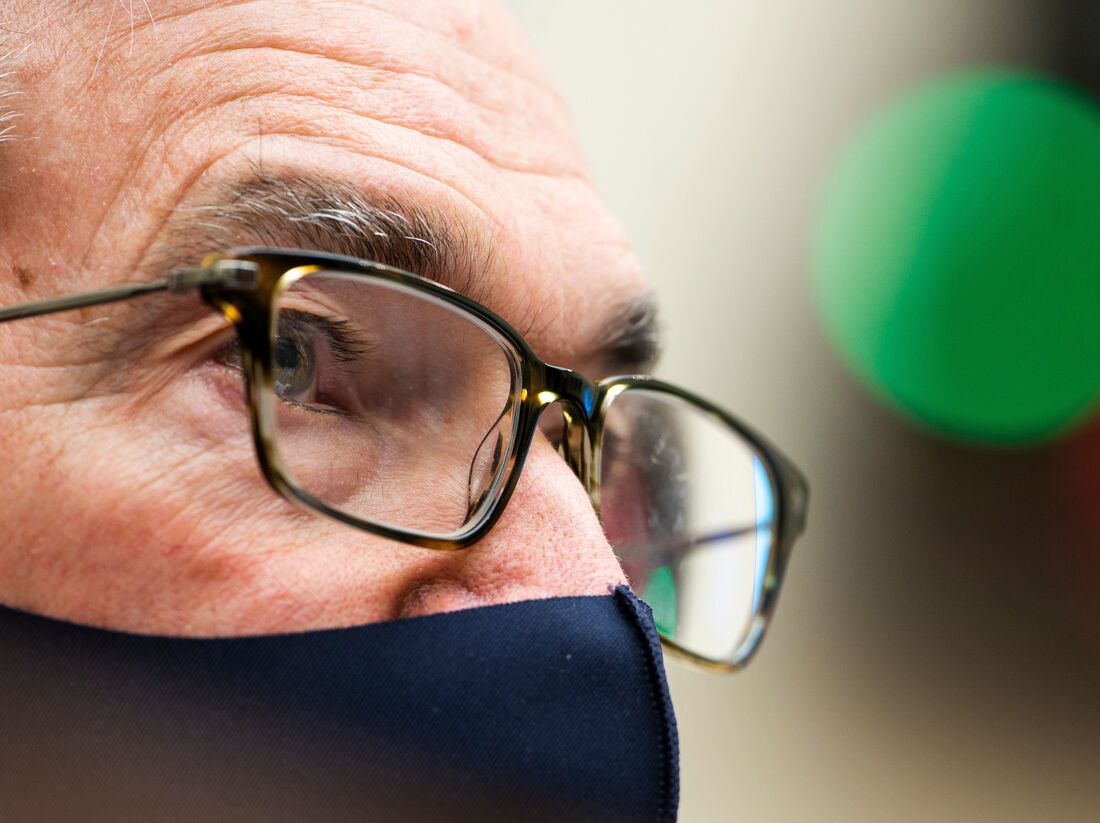 Federal Reserve Chair Jerome Powell testifies during a House Financial Services Committee hearing on Dec. 2, 2020. In an interview with NPR on Thursday, Powell compared the central bank’s response to the pandemic to the rescue of British and allied forces in Dunkirk. 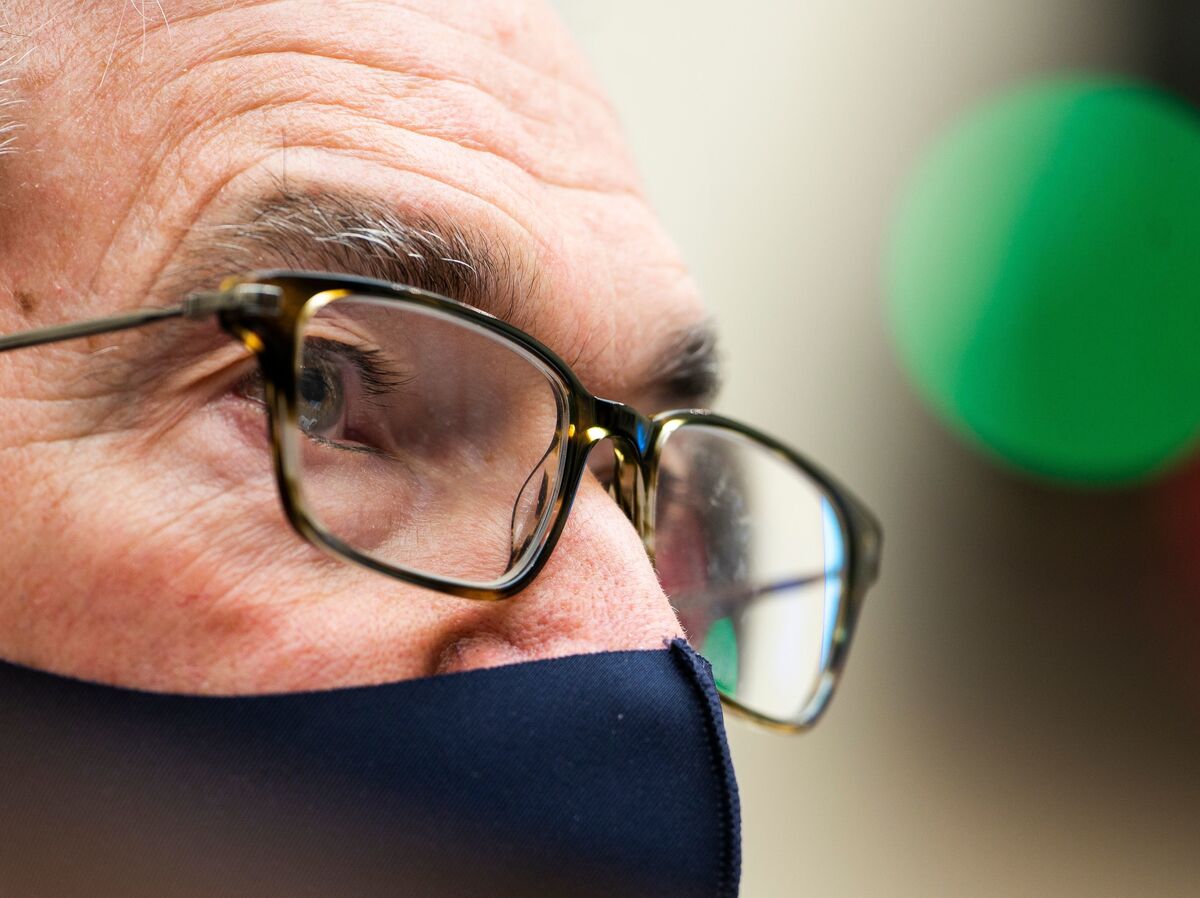 Federal Reserve Chair Jerome Powell testifies during a House Financial Services Committee hearing on Dec. 2, 2020. In an interview with NPR on Thursday, Powell compared the central bank’s response to the pandemic to the rescue of British and allied forces in Dunkirk.

A year after the pandemic plunged the U.S. economy into it worst crisis since the Great Depression, Federal Reserve Chairman Jerome Powell is largely satisfied with the central bank’s rapid-fire response.

“I liken it to Dunkirk,” Powell said in an interview with NPR’s Morning Edition, referring to the emergency rescue of British and Allied forces from France in World War II. “It was time to get in the boats and get the people, not to check the inspection records and things like that. Just get in the boats and go.”

With financial markets in free-fall last spring, the central bank rapidly mobilized its emergency lending powers and pumped trillions of dollars into the economy. The bond market quickly stabilized. A year later, the stock market has reached record highs.

Powell also credited Congress for supplying trillions of dollars in support to struggling families and businesses.

“The amount of fiscal support the economy has received is historically large and that’s going to result in higher economic activity and hiring,” Powell said.

Twelve months after Congress passed the first in a series of pandemic relief bills, the U.S. economy is not yet healthy, but on a clear road to recovery.

Last week, the central bank issued a new and improved forecast projecting that the economy will grow by 6.5% this year — the fastest pace in nearly four decades — and that unemployment will fall to 4.5% by year’s end.

Powell said that’s a testament to both aggressive fiscal action as well as an improving public health outlook.

“Something like 85 million Americans have now had at least one shot” of COVID vaccine,” Powell said. “Daily shots are running at 2.5 million, and that’s going to enable us to reopen the economy sooner than might have been expected.”

The Biden administration is now weighing another multitrillion-dollar infrastructure proposal, despite historically high levels of government debt. Powell declined to comment on any specific legislation, but reiterated his view that lawmakers will eventually need to address the country’s long-term fiscal outlook.

“There will come a time — and that time will be when the economy is back to full employment and taxes are rolling in and we’re in a strong economy again — when it will be appropriate to return to the issue of getting back on a sustainable fiscal path,” Powell said. “We will need to do that, but that time is not now.”

Powell also addressed the Fed’s recent efforts to include climate change in its assessment of potential risks to financial stability — a move that has drawn criticism from some Republicans in Congress who worry it could jeopardize financing for fossil fuel interests.

Powell stressed that the Fed’s role in climate policy is limited to its traditional oversight of banks and other financial institutions, to ensure they understand and are prepared for climate risks.

“The interesting thing is all of the large and medium-sized banks are asking themselves these very same questions,” Powell said. “It has never been our role or our practice to tell financial institutions which legal businesses they can and can’t — should or shouldn’t — lend to.

And in a year marked by concerns over racial inequality, Powell acknowledged that the Fed has fallen short in its efforts to diversify the central bank’s own workforce. The New York Times reported last month that only two of the Fed’s 417 staff economists are Black.

“We’re trying hard and not at all happy with where we are on it. But we’ll keep at it,” Powell said, citing the Fed’s effort to recruit more Black and Latino economists. “My own experience in the different things I’ve done in life is that institutions that focus on diversity and do it well are the successful institutions in our society.”

Are You Eating Foods That Harm Your ‘Microbiome’?

Effect of Spanking on Kids’ Brains Similar to Abuse

Flights with Australia will not be suspended as there appears to be no link to the travel bubble. Source link
Read more

The category only recently made a final decision on where it will hold its NZ round this year, a return to Pukekohe...
Read more