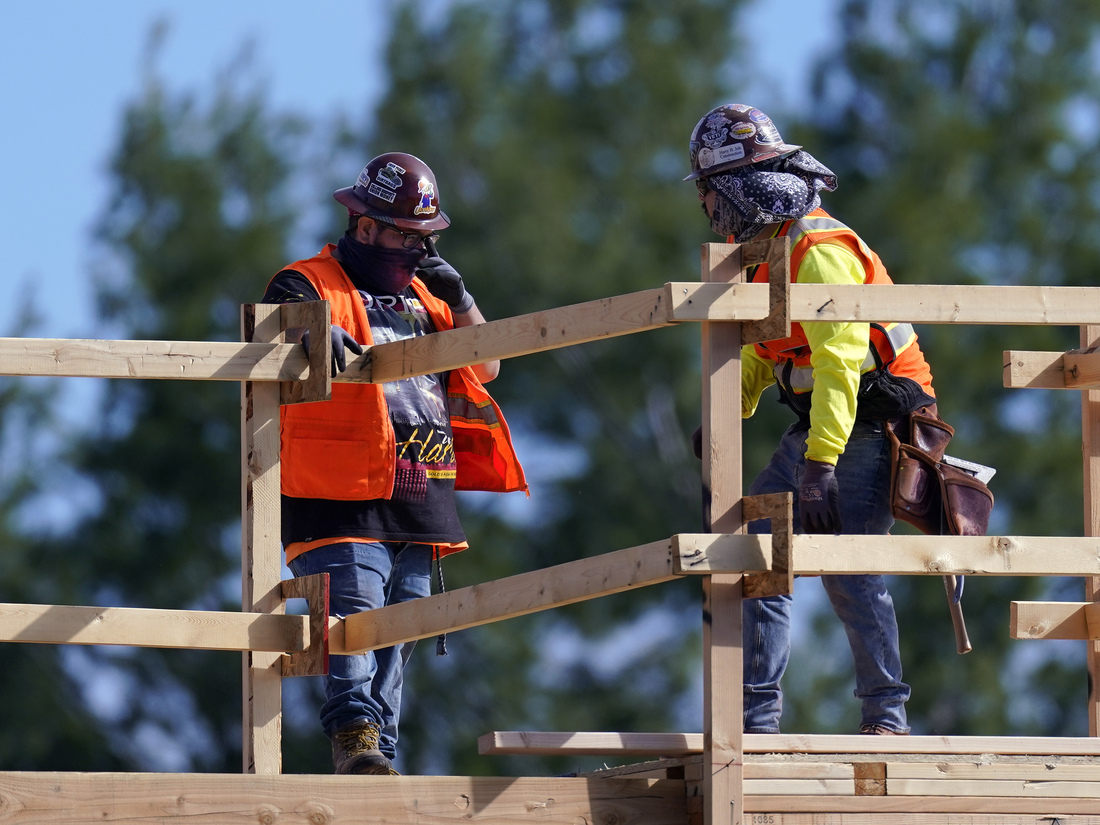 Construction workers at a site in Simi Valley, Calif., on Feb. 2. Nationally, hiring resumed in January although the labor market still has a big hole to climb out of. 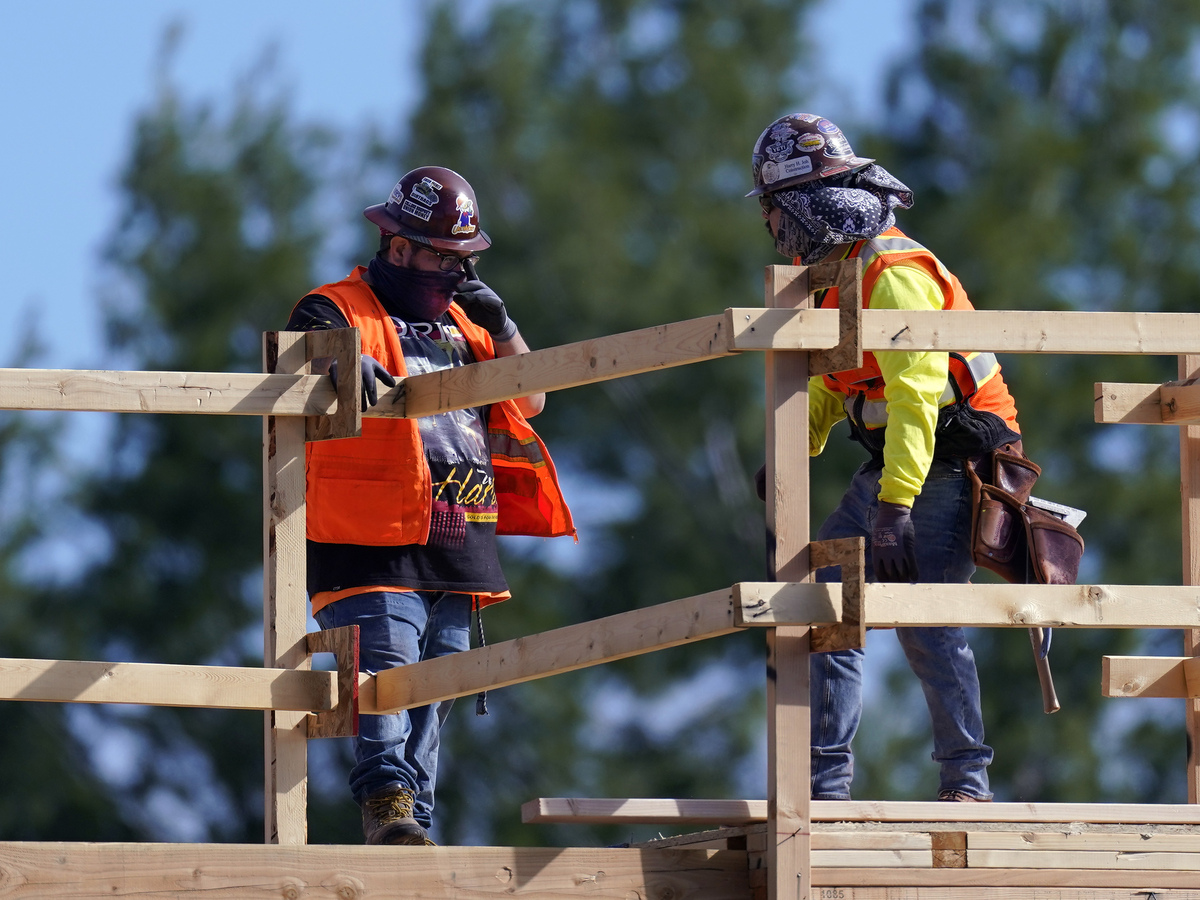 Construction workers at a site in Simi Valley, Calif., on Feb. 2. Nationally, hiring resumed in January although the labor market still has a big hole to climb out of.

Hiring resumed last month after a December slump — a sign of continued resilience in the U.S. economy during one of the deadliest months so far in the pandemic.

Industries that saw notable job gains in January include business and professional services and finance, but bars and restaurants continued to lose jobs.

While January’s job growth is an improvement, the U.S. has still recovered only 55% of the 22 million jobs that were lost last March and April. Another 1.1 million people filed new claims for unemployment benefits last week.

“We’re not anywhere close to where we want to be in terms of a healthy labor market,” said Julia Coronado, president of MacroPolicy Perspectives. “We can’t take this recovery for granted. We want to see numbers that are better than that as we come out of this.”

Economists also cautioned that last month’s jobs number may have been artificially inflated by seasonal adjustments.

January is ordinarily a time when restaurants, retailers and other businesses cut workers after a busy holiday season.

The Labor Department tries to adjust for that, but it may end up overcompensating this time around. Put simply, modest layoffs by bars, restaurants and other industries may have been worse than shown.

The data comes amid signs of a remarkably resilient economy, but with a labor market that still has a big job to climb.

The Congressional Budget Office said this week that the country’s economic output will likely match pre-pandemic levels by the middle of this year without any additional government aid.

While in-person services like restaurants and entertainment have continued to struggle against a winter wave of coronavirus infections, the broader economy has bounced back more quickly than many economists expected when the pandemic began.

“In a recession, we typically see job losses leading to a loss of confidence, leading to increased caution, leading to more job losses,” Coronado said. “That’s the kind of accelerant that you see taking root that drives and spreads a recession.”

In this case, that downward spiral was partly short-circuited by trillions of dollars in government spending — including enhanced unemployment benefits, forgivable loans to small businesses and direct payments to most Americans.

“You put money in people’s pockets and they found a way to spend a lot of it,” Coronado said. “They spent it on different things — housing, cars and less [on] services and entertainment and travel. But that really was quite effective in preventing a much, much deeper recession and more transmission to other sectors.”

But CBO forecasters warned employment may not fully recover until 2024, and millions of families and small businesses continue to struggle.

Although new vaccines offer the promise of pandemic relief later this year, it’s expected to take months to provide shots to everyone who wants them. Congress is now weighing how much additional federal aid might be necessary to keep businesses and families afloat until then.

The Biden administration has proposed a $1.9 trillion aid package that would include $1,400 direct payments to most people, while also extending unemployment benefits through September, or longer if conditions warrant.

Achieving full — and more equitable — employment is a key priority for the Biden administration.

“We’ve got some tough months ahead until we get control of the pandemic,” Treasury Secretary Janet Yellen said Thursday on ABC’s Good Morning America. “We want to make sure we’ve got a good, strong labor market [that] can put people back to work and that these small businesses that need help survive.”

Moderate Republicans in the Senate have proposed a more modest, $618 billion package. It includes direct payments of $1,000 to a smaller group of people, and would extend unemployment benefits only through June.

“You’re thinking, ‘The government’s got my back and I’ve got a source of support,’ whether you’re a small-business owner or somebody who’s had hours cut back or just somebody who’s looking at the world and worried about what might happen,” she said. “One of the things we’ve learned is that policy can really help.”

Santoli’s Thursday market notes: Why the stock market is stalling, and what could jump-start it

Mango, the giant Spanish fashion retailer with a global footprint, is elevating its look with a Mediterranean-style, environmentally conscious brick-and-mortar format opening in...
Read more