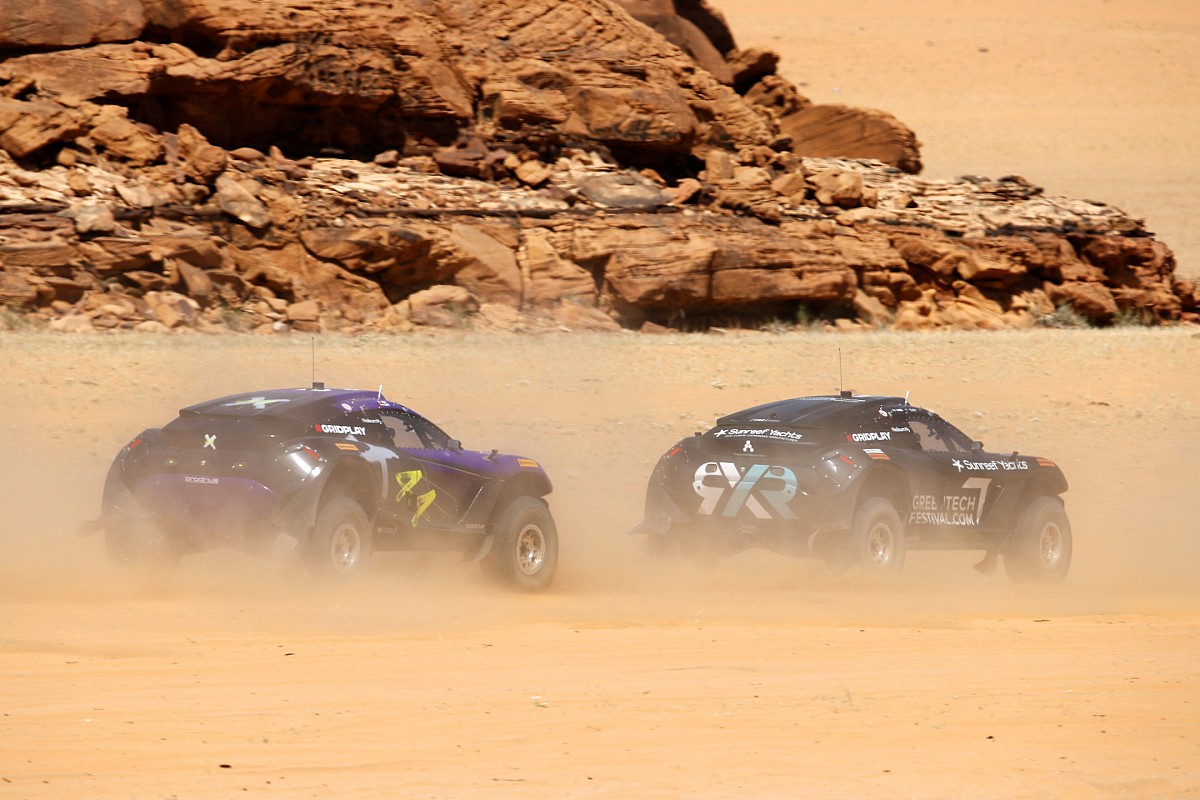 Formula E launched with the Beijing E-Prix on 13 September 2014 and received widespread coverage after a last-corner crash between race leader Nicolas Prost and Nick Heidfeld.

The shunt sent Heidfeld airborne before his Venturi car came to a rest upside down.

Last weekend’s maiden Extreme E event, the Desert X-Prix in Saudi Arabia, was notable for two large crashes for Abt Cupra racer Claudia Hurtgen – her only injury was a bitten tongue.

The German GT veteran rolled four times during a qualifying run when she hit a rock and her car dug in. On Sunday, she was heavily rear-ended by Chip Ganassi Racing driver Kyle LeDuc.

When asked by Motorsport.com how similar Agag felt after the first Extreme E race compared to his time in Formula E, he said: “It feels almost identical for me.

“I have the same feeling today, and especially after the race, that I had after I finished the race in Beijing.”

Agag watched the two-car Shoot Out race, which featured the crash between LeDuc and Hurtgen, from the media centre. He was quick to declare both drivers safe.

But Agag admitted he had been concerned by the slow reports from Hurtgen’s Saturday crash in which she could not confirm her condition due to a car-to-team radio failure.

Comparing the collision to Prost and Heidfeld’s incident, Agag said: “The scare in Beijing lasted less, but it was at the end. Nick, after 20 seconds was with a thumbs up.

“I was in the same place in the TV compound and I saw it live. We had a camera on at the time of the car that was not going on air.

“Here the stop was longer. Claudia was out of contact for a long while and I really felt something had happened.

“I had both experiences in both first races ever. Then I have a huge sensation of relief as we went through the weekend.

“The first weekend will have a huge influence on how Extreme E evolves like it did with Formula E.

“Everybody saw that crash. Everybody remembers that crash of Nick Heidfeld and Nico Prost in Beijing.

“Everyone will remember Claudia’s and Kyle and Claudia again. That’s part of the racing. I feel very similar to how I felt after the first Formula E race.”

An Extinct Cave Bear’s DNA Was Still Readable After 360,000 Years

A tiny ear bone belonging to a cave bear that died some 360,000 years ago has yielded the oldest genome not sourced from...
Read more