LONDON — Omer Kulka wears his company’s values on his sleeve — and on his collar and trouser cuffs, too.

The chief marketing officer of Kornit Digital, the Israeli company that develops, manufactures and markets digital printing technologies for the clothing and textile industries, knows exactly how much water goes into making his clothing, and abhors waste.

In a video interview from the company’s Israel headquarters, Kulka said the T-shirt he was wearing took 2,500 liters to make, while his jeans required 7,500 liters. That’s a total of 10,000 liters, or 2,640 gallons, of water — before those garments even hit the washing machine at Kulka’s home.

“Every time we overproduce one pair of denim, or one T-shirt, clothing that nobody buys, all of those resources are wasted, for no reason,” said Kulka. 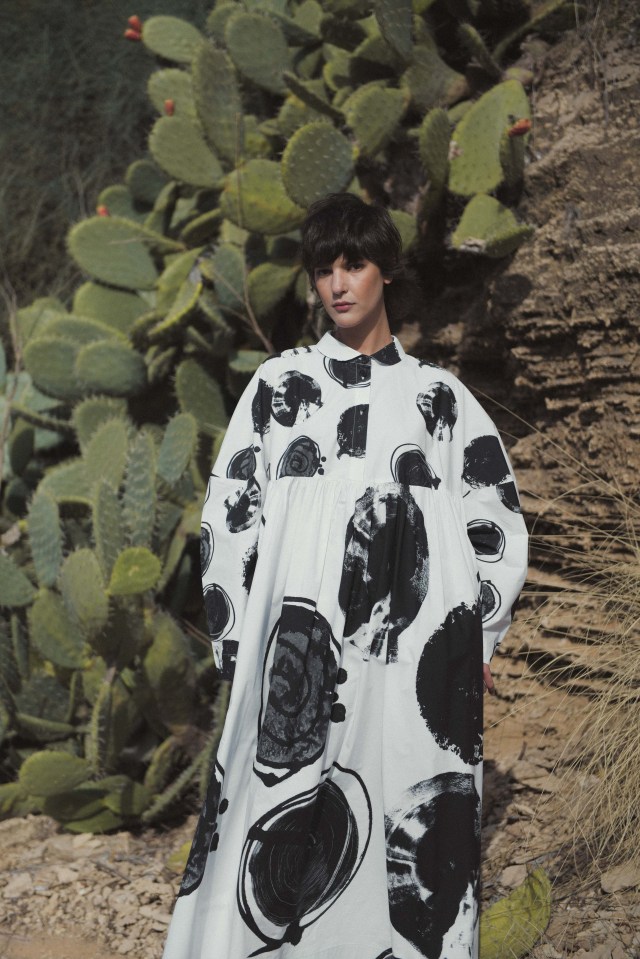 The company said its production model uses more than 60 times less water compared with analogue methods. It is also committed to offsetting the greenhouse gas emissions created during the production of its new-generation Kornit Atlas digital printers.

Kulka said Kornit Digital, which is quoted on the Nasdaq, wants its clients and partners to think sustainably, too. It wants to help create a world where fashion inventories are low; overproduction no longer exists, and designers and brands automatically order their printed fabrics as and when they need them.

Kulka said Kornit wants to match demand with supply and allow brands and their suppliers to cut down on potential waste.

In pursuit of those ideals, and to draw more fashion and luxury customers into its world, Kornit has recently unveiled its latest technology in Max, which offers higher-quality, and more versatile printing capabilities than it has in the past.

With Max, Kornit can undertake multidimensional printing and embossing. It can simulate embroidery on a fabric and do a vinyl heat transfer “in a single, waste-free process, and without the inefficiencies and cost of operating analog technologies,” the company said.

The new technology also allows Kornit to work with a larger variety of fabric types, and colors and to replicate analogue prints and patterns quickly, and with shorter lead times than traditional processes.

Kulka said Kornit’s clients will no longer be obliged to reorder printed fabrics from far-flung suppliers and then wait weeks for the order to arrive. 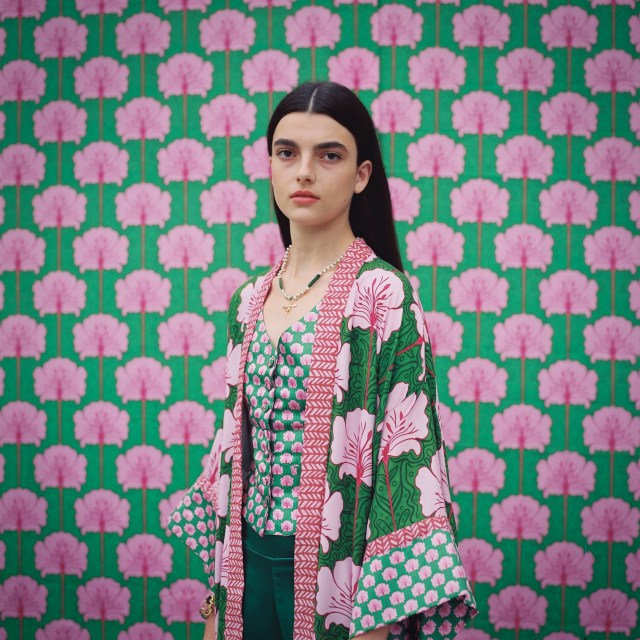 The new technology, he added, moves Kornit “toward the vision of sustainable, on-demand production,” and the company’s plan is to roll it out across sports apparel, fashion, and home décor.

Kulka believes the new and more versatile Max technology also solves the supply and demand problem that has long plagued mass market fashion in particular. He said that brands and designers can let their imaginations run free and create what they want without running the risk of ordering too much, and potentially sitting on a mountain of inventory.

Kulka said that Kornit is always engaged in research and technology, and the pandemic didn’t change that. He said what COVID-19 did change was the mindset of the fashion and clothing industry with regard to supply chain, speed to market and the perils of being stuck with excess inventory.

“What we saw during COVID-19 were two sides of the supply chain in the same room — that never happens,” he said.

“At the start of the pandemic, nobody was buying, nobody was producing, and the two sides of the supply chain were facing the same problem. What Kornit had was a completely new opportunity to offer faster, cheaper and less environmentally-harmful [printed fabrics]” when the demand returned.

He said that when demand did spring back — with direct-to-consumer and online brands seeing a surge in business from locked-down consumers — Kornit was able to press its technology into action.

Digital, on-demand printing suddenly became an appealing option to companies that needed their fabrics quickly, or witnessed ebbs and flows in demand during the various lockdowns, he said.

“It was a proof of concept, and a moment of realization,” he said.

As Kornit speeds up its processes, broadens its capabilities and attempts to reconcile supply with demand, it is also looking to make further inroads in fashion.

It already works with Adidas, Nike and H&M, and last month it partnered with Fashion Week Tel Aviv. It collaborated with Israeli designers in an attempt to demonstrate its print capabilities on high-end fabrics.

“We are outsiders wanting to bring change to the industry” and help designers get comfortable with on-demand printing and shorter supply chains, he said.

Kulka added that ahead of Tel Aviv fashion week, Kornit worked with designers on the research and development of their collections “and it was a mutual learning experience.”

One collection, he said, was created in less than three weeks due partly to Kornit’s technology. “It was a really good way of showcasing how our tech can enable” the industry to do better, Kulka said.

https://www.youtube.com/watch?v=EknkLBPoEFE For brands, owned media is the most valuable type of media because it allows companies to market directly to consumers (and control the...
Read more

Spotify might counter Apple with its own podcast subscription service

Apple might not be the only tech giant with paid podcast subscriptions in the near future. Wall Street Journal sources claim Spotify will...
Read more