Following a successful China entry with JD.com last July, the Istanbul-based accessories label will be launching on Alibaba via Net-a-porter China, which sits within the Tmall luxury pavilion platform.

A selection of products from the brand, including its bestselling and new season shoes and bags, will be available to the platform’s 902 million monthly active users beginning in July, with prices matched to the global site.

The brand’s cofounders Merve and Beste Manastir told WWD that the bestsellers in China so far are the circular shape Cylinder bag in the classic version as well as the mini style. Red bole, vanilla, black and water green are among the most popular colorways with Chinese consumers.

The brand’s duck lace-up boots in cream, black and brown, and Naomi slippers in red bole, are also seeing momentum in the market.

“China became our number-one territory in the wholesale category with the latest season,” said the Manastir sisters. “It’s now 34 percent of our wholesale market and it’s followed by the U.S. with 24 percent.” 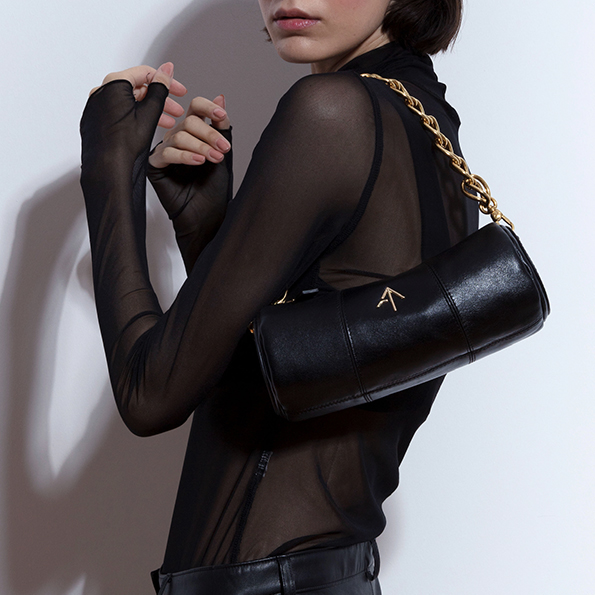 The brand’s Chinese market share since last year has increased by around 70 percent and the company predicts sales will grow even more later in the year.

Founded in 2014, the brand began its international expansion in 2017 by partnering with big international retailers such as Net-a-porter and Selfridges, and entered the U.S. with Opening Ceremony and online with Shopbop.com.

The brand is also working on a collaboration with a Chinese artist to create a unique offering for that market.  The capsule will be unveiled later this year.

The Manastir sisters added that the brand is currently running on a cross-border e-commerce model in China. Shipment from Turkey to China on average takes about five days. As the brand continues to grow in the market, they are looking for a third-party operating partner to scale the business.

How to Nail a Digital Project, According to Manu Atelier

More than 70 advocacy groups have called on the Department of Homeland Security to stop using Clearview AI's facial recognition software. In a...
Read more

Nordstrom has begun recycling bras in a program inspired by its new partnership with the Harper Wilde bra brand. Harper Wilde was founded in...
Read more