There are many adjectives that can describe Novak Djokovic, including resilient, tough, talented and even elastic. But apparently a young fan feels another word belongs on that list: kissable!

Djokovic won a record-tying 20th Grand Slam title on Sunday at Wimbledon. It was undoubtedly one of the biggest moments of the Serbian superstar’s career, and as he looked around Centre Court to take in the scene, he noticed a girl in the stands holding a sign with an adjective for each letter of ‘Novak’:

Djokovic jogged over from his chair and gave the fan his racquet.

That was not the only feel-good moment from the minutes after Djokovic clinched the title, though. The World No. 1 climbed to his box to embrace his team, and on the way back he stopped for a selfie with a boy in the crowd.

Djokovic has interacted with his fans after a big match before, most recently following his Roland Garros triumph last month, he handed a racquet to a boy whom the Serbian said had attempted to coach him during his victory against Stefanos Tsitsipas. 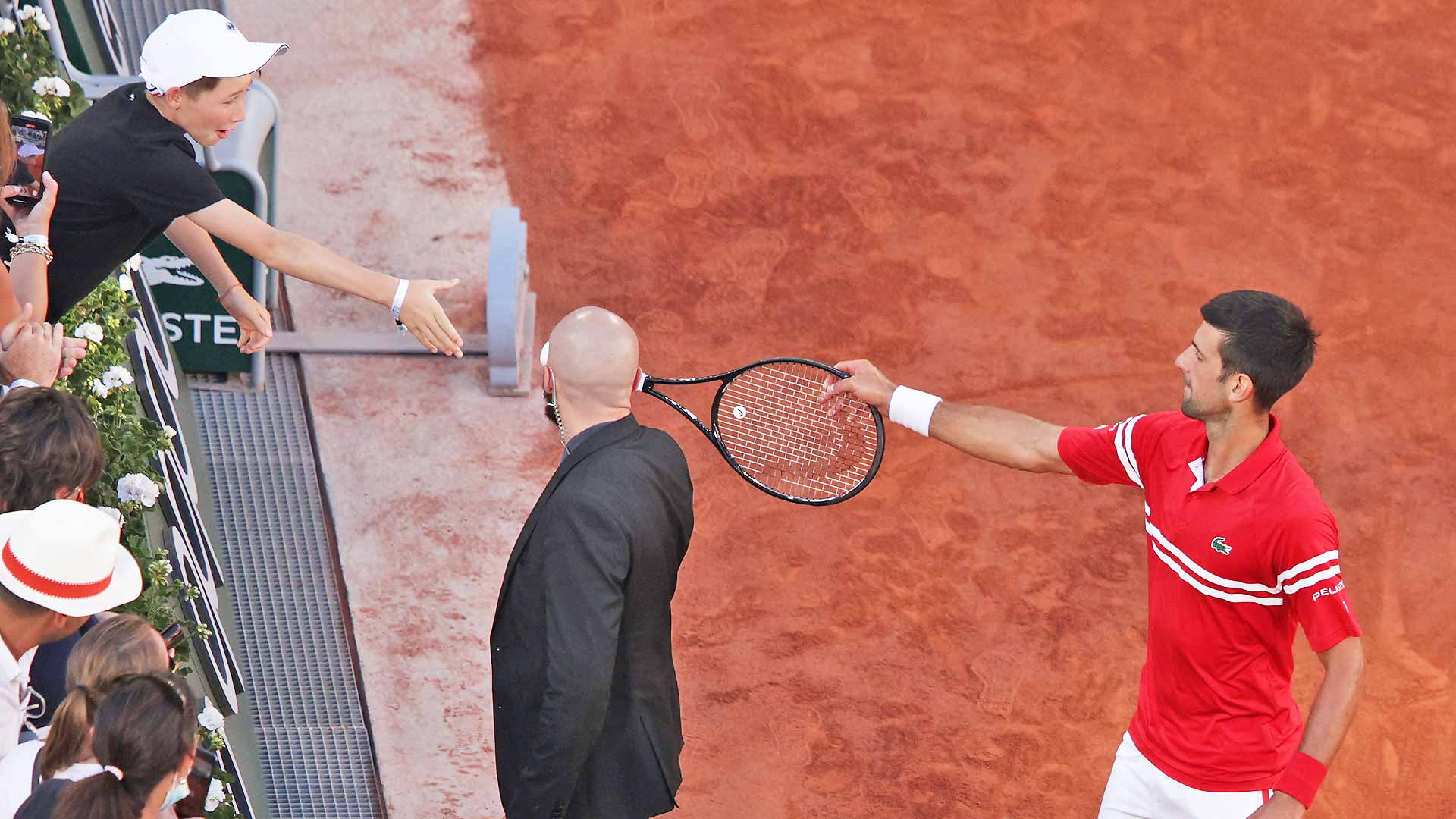 Novak Djokovic” />
Photo Credit: Adam Pretty/Getty Images
“I found that very cute, very nice. So I felt like to give the racquet to the best person was him after the match,” Djokovic said. “That was kind of my gratitude for him sticking with me and supporting me.”

Djokovic will always remember these titles and historic victories. Thanks to his acts of kindness, these young fans will too.

"These documentaries are so hypocritical… they criticize the media and then do the same thing? Damn… I don't know y'all but I'm thrilled...
Read more

Sometimes we’re just in the mood for a pie, am I right? How about a warm, savory pie that is gluten-free and gut-friendly?...
Read more

“Anywhere you go, there’s going to be a line.” As many national parks resort to reservation systems to deal with record crowds, some without...
Read more