The 2017 British GT title winner is set to make his debut in the BTCC this season, driving one of four Hyundai 30N Fastbacks the team will run this season.

Confirmation of the move for the British GT Championship regular since 2014 ensures Senna Proctor won’t continue at Excelr8 in the BTCC this year.

For 46-year-old, Parfitt Jr, the opportunity to graduate to the BTCC is a “chance to live the dream” having been a long time fan of the series.

It also follows a tough 2020 that saw the Crohns disease sufferer undergo major surgery and sit out last season.

“I’m massively excited about the prospect of moving into the BTCC with Excelr8 Trade Price Cars,” said Parfitt Jr, the son of late Status Quo singer and guitarist Rick Parfitt.

“When I was younger, I used to sell advertising in Motorsport News and Autosport and was a huge fan of the series, so it’s amazing to now have the opportunity be part of the grid myself. It’s a chance to live the dream.

“After undergoing major surgery for my Crohn’s disease in early 2020, the last 12 months have provided me with a chance to get myself in better physical shape than ever before, and I hope to use this season to show people in a similar position to me that Crohn’s shouldn’t be a barrier towards doing anything that they want to do in life.

“I’m under no illusions about how tough it’s going to be, but I’m more than ready for the challenge that lies ahead. In Excelr8 Trade Price Cars, I have a good team around me and in Tom Ingram in particular, I have a team-mate who I can learn a massive amount from. 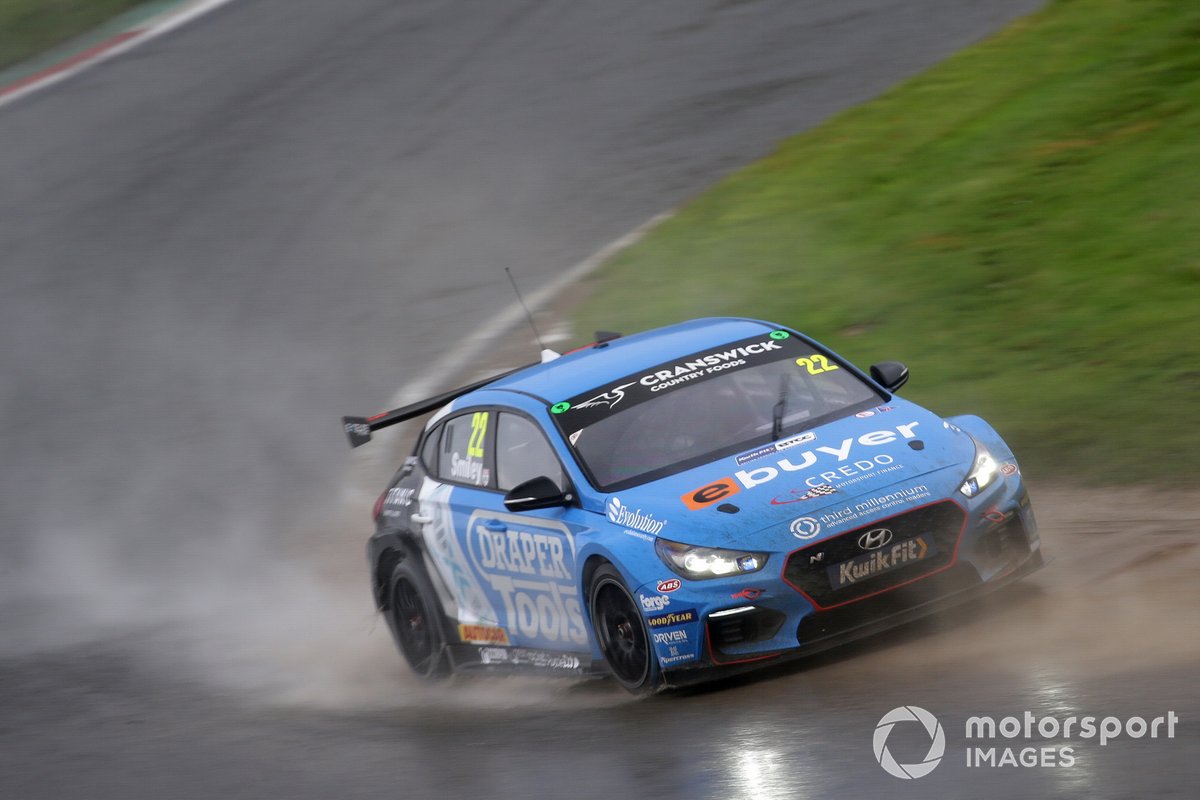 “There is no point entering a series like this thinking it will be for a single year, so I want to learn as much as I can this season with an eye on then pushing for the Jack Sears Trophy in 2022.”

Parfitt Jr is set to embark upon a pre-season testing programme in order to get up to speed with the Hyundai before the Thruxton season opener.

Team owner Justina Williams had long been targeting Parfitt Jr for her BTCC squad and is confident he will “make a mark” in the championship this year.

“I’m thrilled that we have been able to conclude a deal with Rick for 2021, as he was the person who I really wanted in the car to complete our new-look driver line-up,” said Williams.

“Alongside Tom Ingram, Chris Smiley and Jack Butel, we now have four drivers that I feel give us a fantastic chance to make the season ahead a success both on and off the track.

“Rick’s performances in the British GT Championship in recent years have been hugely impressive, particularly when you consider the competitive nature of the field.

“I’m looking forward to seeing him develop as a touring car driver this year, and am confident that he will be able to make his mark on the BTCC as the season goes on.”

Three seats remain to be claimed on the 2021 grid, with Team Dynamics, Power Maxed Racing and Team Hard yet to reveal their full line-ups.

The season is due to start at Thruxton on 8-9 May.