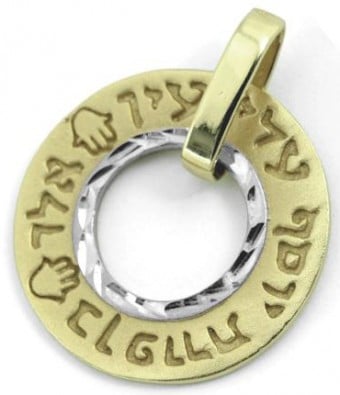 I recently received this email from a reader, asking about pendants that shield against WiFi radiation:

“I understand that there are “medals” one can buy now. It is worn around the neck and its purpose is to inhibit the effects of radio waves, microwave, cell tower waves, etc. upon our bodies. My medical doctor wears such a medal. Can you tell me please if you carry this sort of device? If you do not sell this device, do you know of a company that does?”

Well, I have spent a few hours researching these kinds of devices, which is not enough to make any kind of definitive statement. And another reader did send me a sacred geometry sticker to try – so I gave it to my daughter who would get nosebleeds from the WiFi at school. But she did not detect a difference and her nosebleeds did not lessen.

So I asked a friend of mine, Jeromy Johnson, who is both EHS (electrohypersensitive) and an Engineer what he thought, and here’s his response:

I always tell people that they first need to reduce and eliminate the EMF sources that they have control over (in home stuff and cell phone use). Then, do things that improve their health (diet and exercise). Finally, once those things have been done, then they can implement some kind of device that they feel comfortable with.

My experience (and I have tried many) and that of many other people, is that there can be a nice placebo reaction to the devices and that there may indeed be something that is helping the body’s energetic field. However, these devices may cause more harm than good if one still surrounds themselves with the radiation (a false sense of safety in an otherwise polluted environment).

Here are the basics for her: www.emfanalysis.com/the-basics

Another analogy: Could you imagine if I told someone that by wearing a certain pendant they would be protected from cigarettes or asbestos? Her doctor is essentially saying this.” 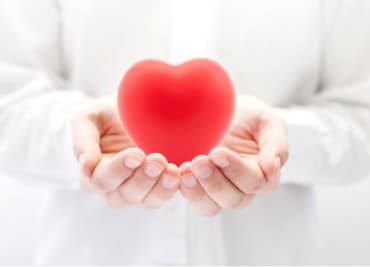 I can tell you about a little experiment of mine that I carried out, and that several people have successfully replicated – and it involves intentionally altering your body’s energetic field, through dialogue and imagery. Let me explain:

There is a discount clothing store in my neighborhood that sits right underneath some 50 foot high powerlines, in an area advertised as a WiFi hotspot. When I went in there, within 15 minutes I had a headache and felt fuzzy/foggy in my head. I asked a few of the girls working there if they got headaches and every one said, yes, all the time.

So the next time my daughter wanted to go there, I did an experiment. I talked to my cells and asked them to relax. I said, “If it feels okay to you, could you please not harden your cell walls, and allow these waves to pass through you, without resistance, and out the other side.” At the same time, I visualized myself encased in a column/bubble of white light, streaming in from the Divine (Source Energy). So the energetic space I held was one of softening, allowing, healing. My daughter did the same thing.

I honestly didn’t know if it would work, as I was totally open to the guidance of my body wisdom overriding my request! However, we were in there for over an hour and neither of us got a headache. So now, whenever I’m in high radiation environments that I can’t control – like airplanes, or commuter highways that are lined with cell towers – I have this same conversation with my body. And it works.

But as Jeromy wrote above, I don’t use this technique so that I can indiscriminately surround myself with WiFi all day, every day! I do whatever I can to reduce my exposure and I use this technique for those times when my body needs some extra protection and healing.

How to Make Your Own Wild Oregano Oil

C-Sections and Their Effect on Infant Gut Health

Are there any major gaps that a brand has yet to...

US vaccine distribution; variant cases up; 525K US deaths