So much to say and yet little to say.

There’s a wave train that’s active despite SAL and whatever temperatures the water is in June when it is not really pumped or primed just yet.  Suppressed wave train, low and that’s because that’s what happens in June and that’s why the old saying says “June too soon” adding “July too early” before AUGUST YOUR MUST LOOK OUT… and never forget September Remember (to constantly watch for those long tracking hurricanes” so until then it’s flotsam and jetsam that pops up close in. And, why does that happen? Because either there are old dying, decaying cold fronts or old tropical waves that were deprived of their chance to become Hurricanes crossing the Atlantic but that survived long enough to pick up their wits about them just offshore Miami or Mississippi and pull themselves together to get some name, any name … some designation for us to remember they were there in the statistics of the 2021 Hurricane Season. 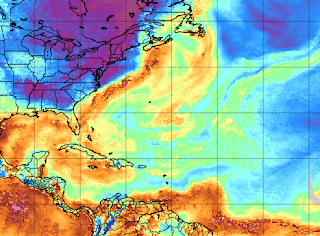 …you know it was 60 degrees in Raleigh today. 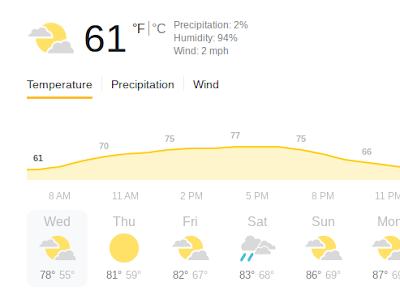 It won’t last long. Slowly it creeps back up to high 80s again.

My mind races to compare this year to other analog years.

But today I’m going to enjoy it. 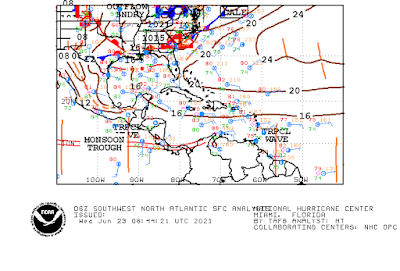 Models ARE showing waves getting across the Atlantic.

Trace the High for yourself and see where they go.

…something pops up close in! 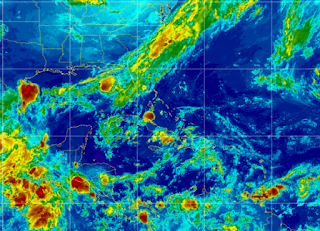 Cold fronts stir up my creativity.

They also stir up the tropics.

They are game changers.

The tropical road is about to get some bumps in it!

Close in and both far away.

Ps… I may have gone crazy on Instagram this morning.

October…. Still Watching the Caribbean and Which Avenues are Open for Trouble Trouble of the Cyclonic Kind!

Cold Fronts VS Tropical Waves. Volcanic Ash in the MDR Dirtying Up the Atmosphere … Fires in the West. October!