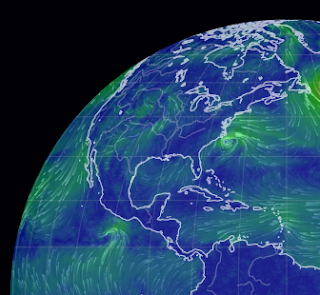 So having seen a part of weather connected to Invest 92L … let me say this about that… it’s pretty potent! Kind of amazes me how subjective upgrading systems to named systems has been the last few years. One strong, thunderstorm complex with a closed signature gets upgrade, yet a system that we have been tracking for days holds together, kicks up the weather and they now have it at orange 50% which I suppose can be read as “maybe yes, maybe no… we could if we want to but we aren’t sure” so let me say this on that again. I don’t pay attention to an Invest until it is visible on Earthnull without having to Zoom in. It’s totally not scientific but does show a change in it’s existence. Looking at the image above without zooming in you can see something is definitely spinning (in some way) off the coast of the Carolinas. It has had consistent convection and weather for more than a few days (an old rule now not used as often when upgrading convection to “shorties” so I think it’s still relevant. Call me Old School I don’t mind. 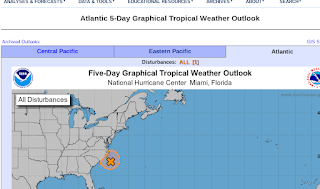 That happens with Coastal Lows. 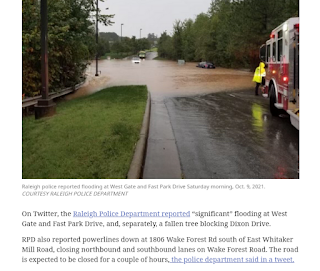 The only thing I want to say about the rain over North Carolina today, several factors coming together to create flooding in many places is that although Raleigh has the typical areas that flood (near Crabtree Mall) I don’t remember roads by the airport flooding; I am sure they have in the past but it’s not a normal thing. Remember, in general I am not in favor of upgrading short lived, barely there systems nor am I in favor of upgrading a tropical storm to hurricane because recon may have missed a hurricane force wind. 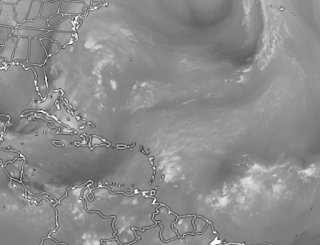 Dry air is moving in, pushing it away.

Our attention turns to the tropical waves. 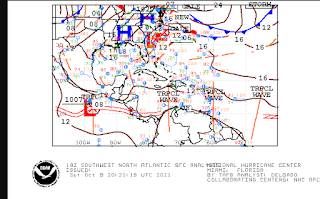 Again it’s not that I think it’s worthy of being named, by old standards, but by the inconsistent standards that have been applied over the last couple years for upgrading systems…. it seems subjective vs using actual defined standards. As I have said before, if there is a new Rule Book… I’d like to see a copy of it. 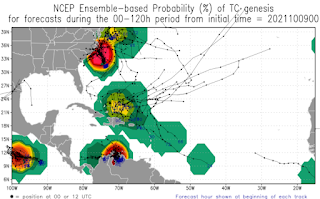 In other Earth Weather News.

…mesmerizing to watch but devastating.

Ps Good song. I’m not in an awful way just a bit playful and impressed by the rain today, and the wild thunderstorms last night.  If it keeps the temperatures down I’m happy.

Those of you who have purchased the elemental diet shake, Absorb Plus, or the intestinal healing formula MucosaHeal or MucosaCalm, or the suppositories...
Read more

Race Nutrition to Fuel Your Next Personal Best

How much work have you put into being ready for race day? The early mornings and late nights squeezing in workouts. Being the person...
Read more

If you're committed to the idea of virtual reality headsets that work only when tethered to a powerful PC, your opportunities to snag...
Read more