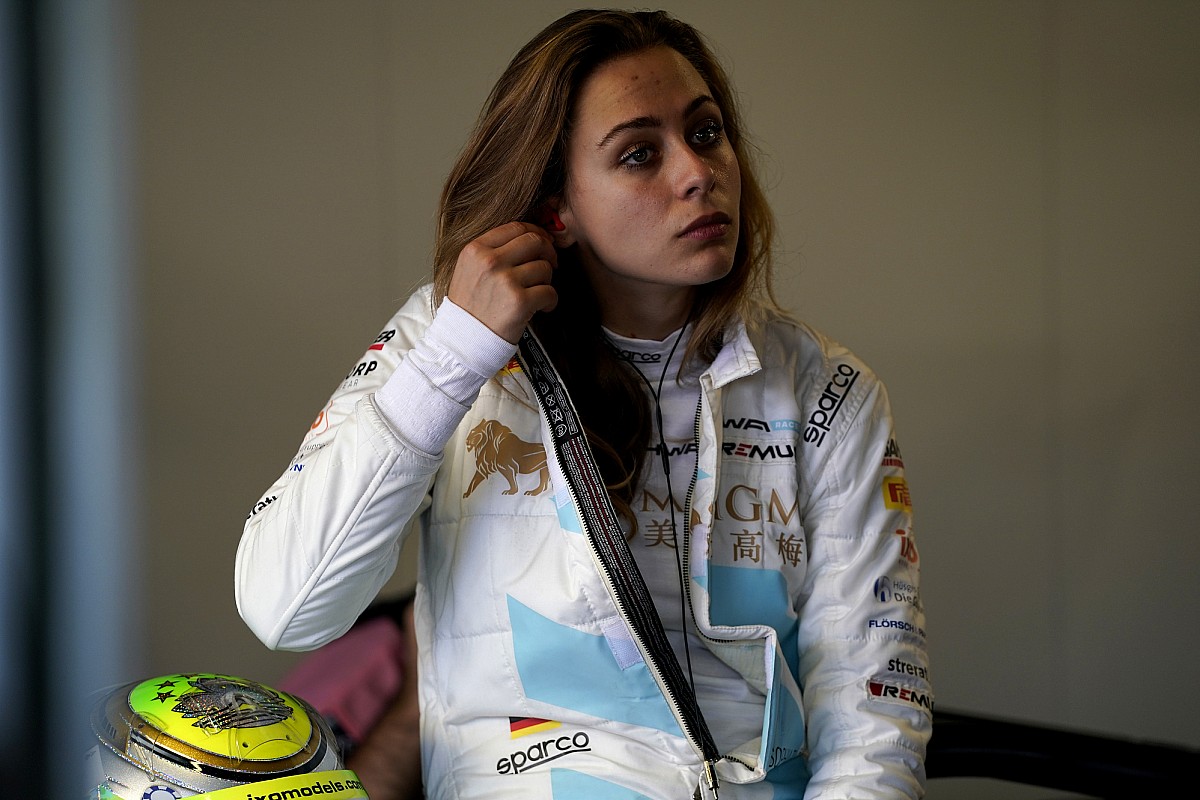 The 20-year-old will make her first appearance with Abt during the first pre-season test at Hockenheim next month, before making her race debut in the category at Monza in June.

With this announcement she becomes the third woman to compete for Abt in the German championship after Katherine Legge (2009) and Rahel Frey (2012).

Abt will also have both a female race engineer and female team manager for the first time, with Laura Muller and Maike Frik filling in those roles respectively.

“I’m really looking forward to competing in the DTM,” said Floersch. “The partnership with Schaeffler and Abt Sportsline is great and makes me confident for my first season. I’m very proud to be given the chance to prove myself against such a strong field of drivers.”

Abt said it was able to add a third DTM entry thanks to the support of the Schaeffler Group, where Floersch serves as a brand ambassador.

She was present at last year’s season finale in Hockenheim, driving the DTM Electric prototype car that the series is jointly developing with Schaeffler.

“We are very much looking forward to this joint adventure also in the DTM, working with Sophia and the cooperation with Schaeffler,” said Managing Partner Hans-Jurgen Abt.

“We now have a DTM veteran, a rookie and a lady in the team, that’s really something motorsport fans can already look forward to.”

At present, the rescheduled Le Mans 24 Hours round in August clashes with the DTM’s visit to the Nurburgring, but the DTM calendar could undergo further changes due to the fluid nature of the coronavirus pandemic.

Whatever the rights or wrongs of the George Russell-Valtteri Bottas clash on lap 33 of the Emilia Romagna Grand Prix – crucially, the...
Read more

"Selena's original intention of publishing photos of her surgery to the public was to let fans understand her experience during the surgery and...
Read more