TOKYO — As the official clothing sponsor of Sweden’s Olympic and Paralympic teams, Uniqlo on Wednesday unveiled its designs for the upcoming Tokyo summer games, currently scheduled to take place from July 23 to Aug. 8.

While the Japanese apparel brand for many years has sponsored several individual professional athletes as part of its global brand ambassador program, the partnership with the Swedish Olympic and Paralympic Committees (SOC and SPC) marks the first time it has sponsored an entire national team.

Uniqlo’s designs for the Swedish team fuse the company’s LifeWear concept with innovative production methods and performance fabrics. The design was led by Masahiko Furuta, who joined Uniqlo in 2019 as chief designer and project lead for the company’s Olympic and sports design.

Furuta previously worked for Issey Miyake, Adidas and Asics, and this marks the sixth time he has directed the design of Olympic competition apparel at three different global brands. 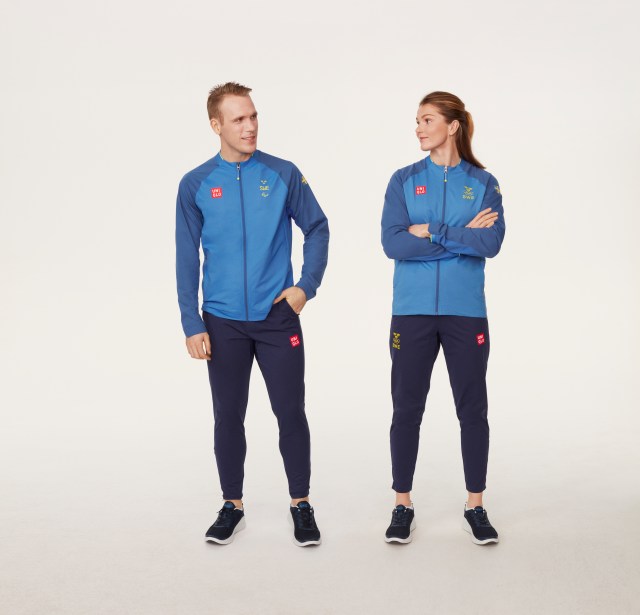 “I was very curious to work for Uniqlo because in sporting goods companies such as Asics and Adidas, it’s a very specific sports category business structure. But Uniqlo has a more open business structure—it’s more diversified between sports and lifestyle,” Furuta told WWD in an exclusive interview.

“So I wanted to combine technical and functional fabrics with a more lifestyle, casual apparel design approach,” he added.

In order to ensure the competition and training wear would provide both comfort and performance, Furuta and his team designed the collection in collaboration with the athletes themselves, and brand ambassadors including champion golfer Adam Scott, who helped monitor and test the apparel.

Uniqlo also established a new research center at its Tokyo headquarters, where it is able to reproduce Tokyo’s extreme summer temperatures and humidity conditions in an artificial weather laboratory. 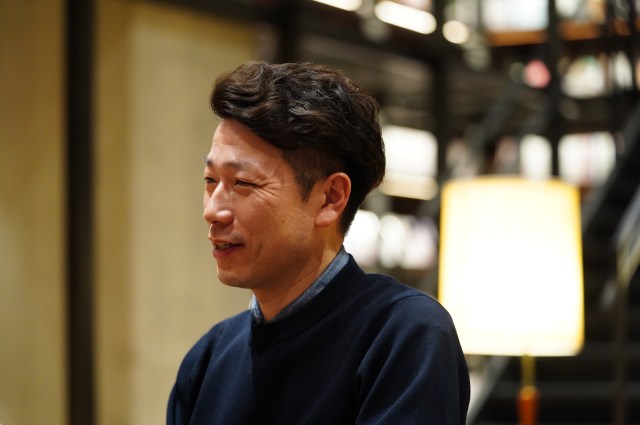 “This work helped map heat, perspiration, and movement zones on the human body during exercise, and across specific sports,” Uniqlo said in a release. “Such attention to detail produced quality, high-performance garments that fit comfortably.”

The collection utilizes some of Uniqlo’s proprietary functional product lines, such as Dry-EX, Airism and Blocktech.

“We have based [the designs] on our functional fabrics, and we also improved every single fabrication, especially our dry function,” Furuta said. “We tested it with our laboratories and researchers and also included some university professors.”

Furuta said the innovations and improvements that were made for the Olympic and Paralympic athletes will also be passed on to consumers. Uniqlo plans to announce a new product line inspired by the official clothing of the Swedish athletes soon.

“Our Uniqlo design philosophy is ‘simple made better, less is more, and made for all.’ We focus on this one key message and philosophy for the Olympics, our sports ambassadors, and also our in-line items,” Furuta said. 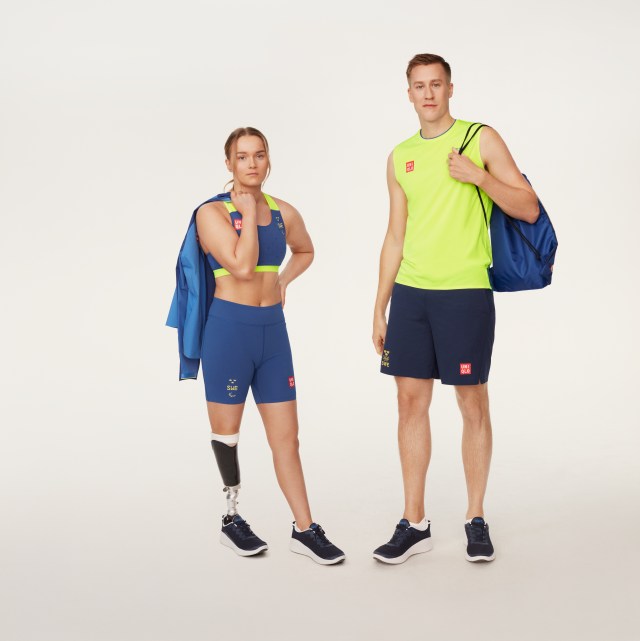 The official clothing that will be worn by Swedish Olympians and Paralympians features several innovations that are new to Uniqlo. Presentation jackets, for example, employ a type of zipper that easily connects via a round clasp at the base for quick fastening and removal.

They also are made using weft knit construction, which Furuta said was partially inspired by his experience at Issey Miyake. The seamless material has exceptional stretch, contoured elbow sections for ease of movement, and perforations that follow a body temperature mapping system and provide extra breathability in areas prone to perspiration such as the underarms and back.

Other ways that Uniqlo will help to keep athletes cool during the sweltering Japanese summer include logos that are knit directly into the garments rather than printed on them, and a cap with an interior pocket that is designed to hold an ice pack.

Furuta said that while the colors of the collection were inspired by the Swedish flag and past Swedish Olympic apparel, he chose shades of blue and yellow that are lighter and brighter, in order to reflect the sun’s UV rays. 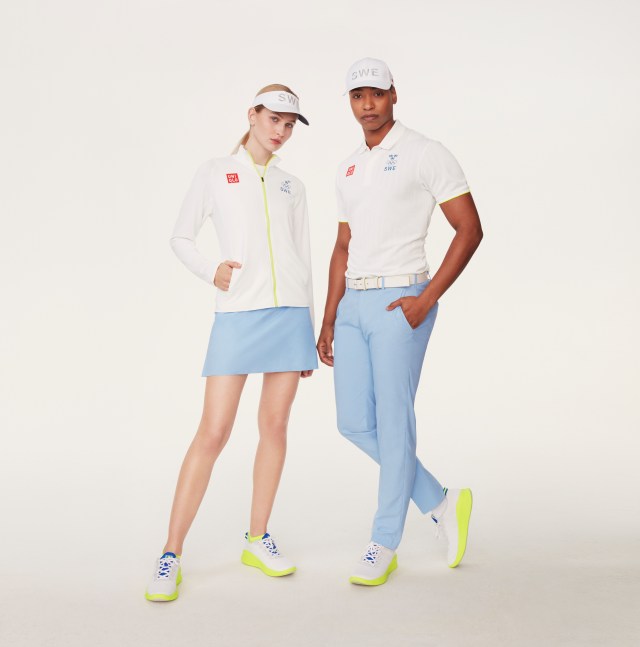 The women’s soccer jerseys are created from engineered mesh that is based on Uniqlo’s Dry-EX fabric, but has even greater quick drying and wicking functionalities. What appear to be subtle shadow stripes in the fabric are actually small perforations in the shape of a cross. Additional perforations form a larger cross on the back, which both follows body temperature mapping and is a nod to the Swedish national flag.

Soccer shorts, like many other items in the collection, are made from recycled polyester in a nod to Uniqlo and Sweden’s shared commitment to sustainability. The collection also includes polyester fibers derived from renewable biomass.

Bonded hems on many items mean less fabric, which in turn is more comfortable and lightweight on athletes’ bodies, while also minimizing waste. Sports bras feature a hidden pocket at the back for a GPS device, which allows coaching staff to track athletes’ movements and to better strategize their play. 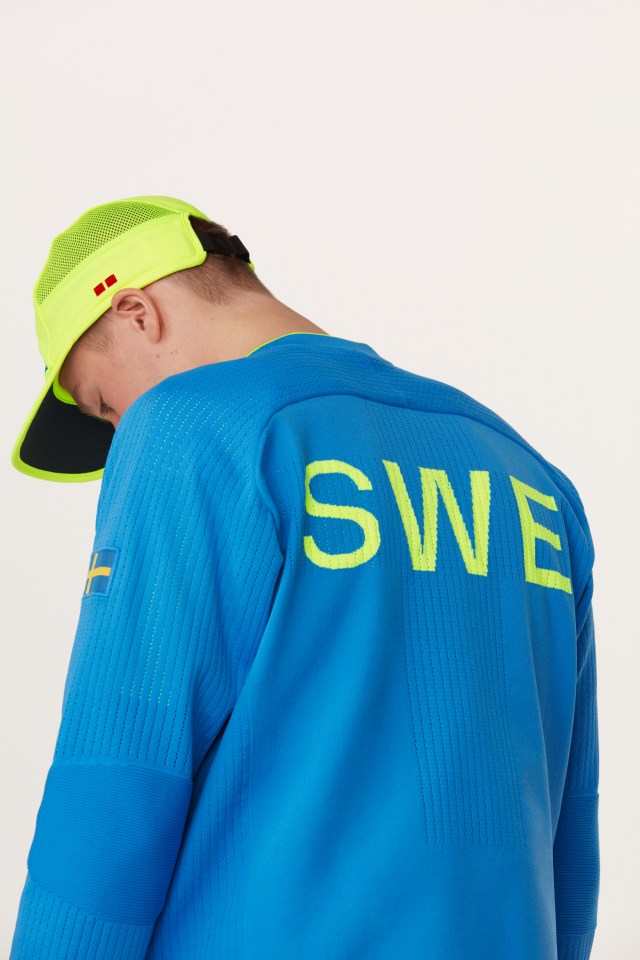 “Bringing together our expertise in creating apparel for global brand ambassadors and the knowledge of the Swedish Olympic and Paralympic Committees, a nation with a long record of sustainability, has enabled us to produce a new LifeWear collection that is more sustainable, while offering even higher quality,” Tadashi Yanai, chairman, president and chief executive officer of Uniqlo parent company Fast Retailing, was quoted as saying in a release.

Swedish Paralympians will be provided with the same garments as the Olympians, although Furuta said that upon feedback from athletes, certain changes were made in order to ensure maximum comfort and performance. One example of this is shorter body lengths of jackets to be worn by wheelchair athletes.