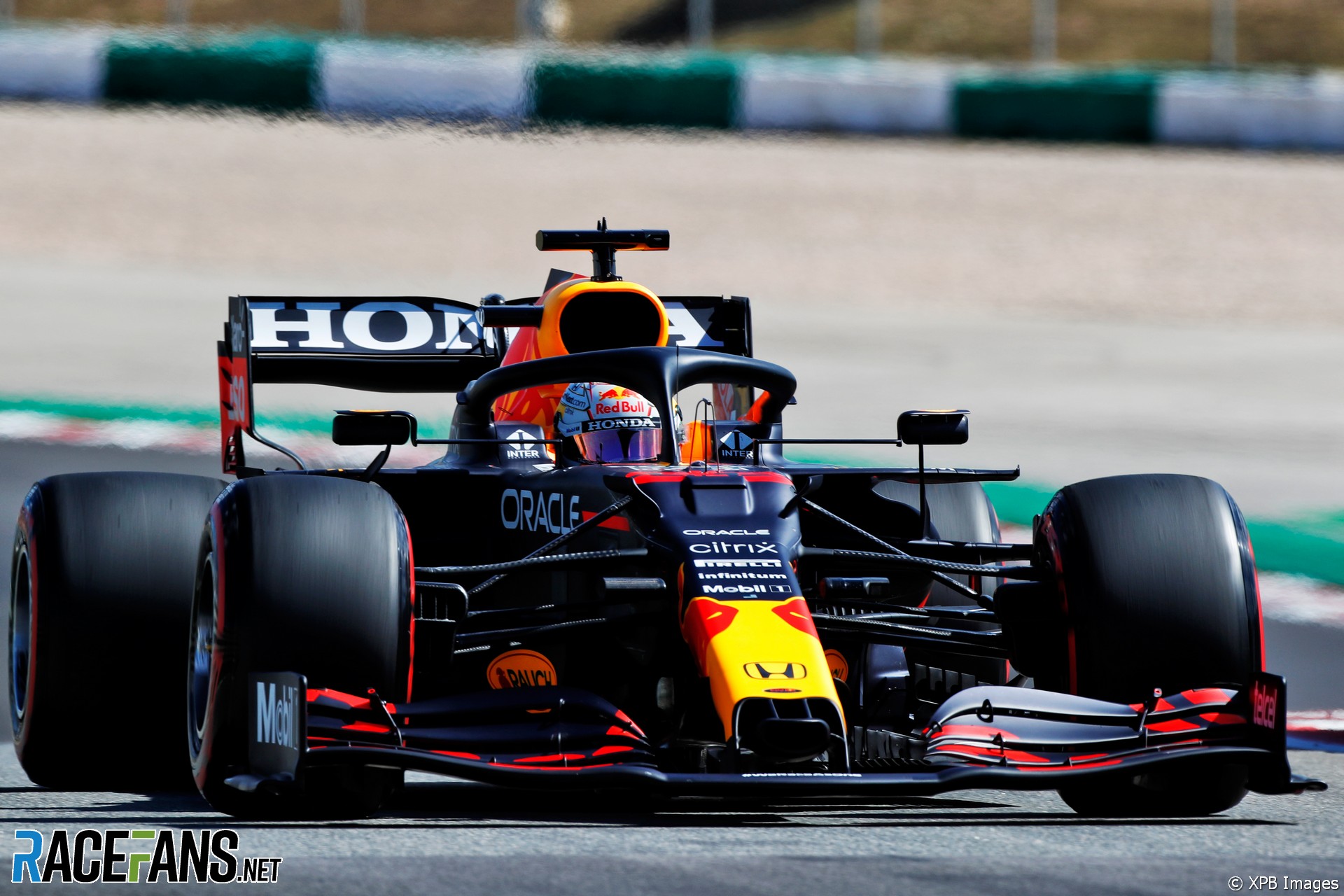 Max Verstappen fumed at his rivals after missing out on a clear chance to take pole position for the Portuguese Grand Prix.

The Red Bull driver’s first lap time would have been quick enough for pole position but was deleted as he exceeded track limits at turn four.

“All qualifying it was very difficult to drive,” he explained. “I was struggling a lot with the grip. That first lap in Q3 was decent but I just had a big moment in four so I went a little bit off-track.”

While the Mercedes drivers switched to the harder medium tyres for their final runs, Verstappen was confident he could beat them to pole position. However he encountered traffic in the second half of his final lap, passing Lando Norris and Sebastian Vettel, which left him furious on the radio (below).

“I was confident that I could do another good lap but in the last sector the car in front in the last two corners just disturbs you,” he said. “Especially with the low grip we already have and the tough wind out there it basically cost me a lot of lap time but it’s what it is.”

Verstappen will start tomorrow’s race from third on the grid behind the two Mercedes drivers.

“It’s of course not ideal, but we’ll try to fight them tomorrow in the race, see what we can do,” he said. “Hopefully, everything stabilises a bit more because up until now it’s not been a lot of fun to drive here.”

Verstappen’s radio after his final lap

Become an AD PRO MemberBuy now for unlimited access and all of the benefits that only members get to experience.ArrowAfter teasing us with...
Read more

YouTube has today confirmed that its TikTok-inspired 'Shorts' feed and camera option will soon be expanded to US users, after first launching in India...
Read more

Neglected 20th-Century Women Photographers Begin to Get Their Due

A famous, bikini-clad model reclines on the crystalline shore of a beach in Jamaica. The corpse of an SS prison guard floats down...
Read more