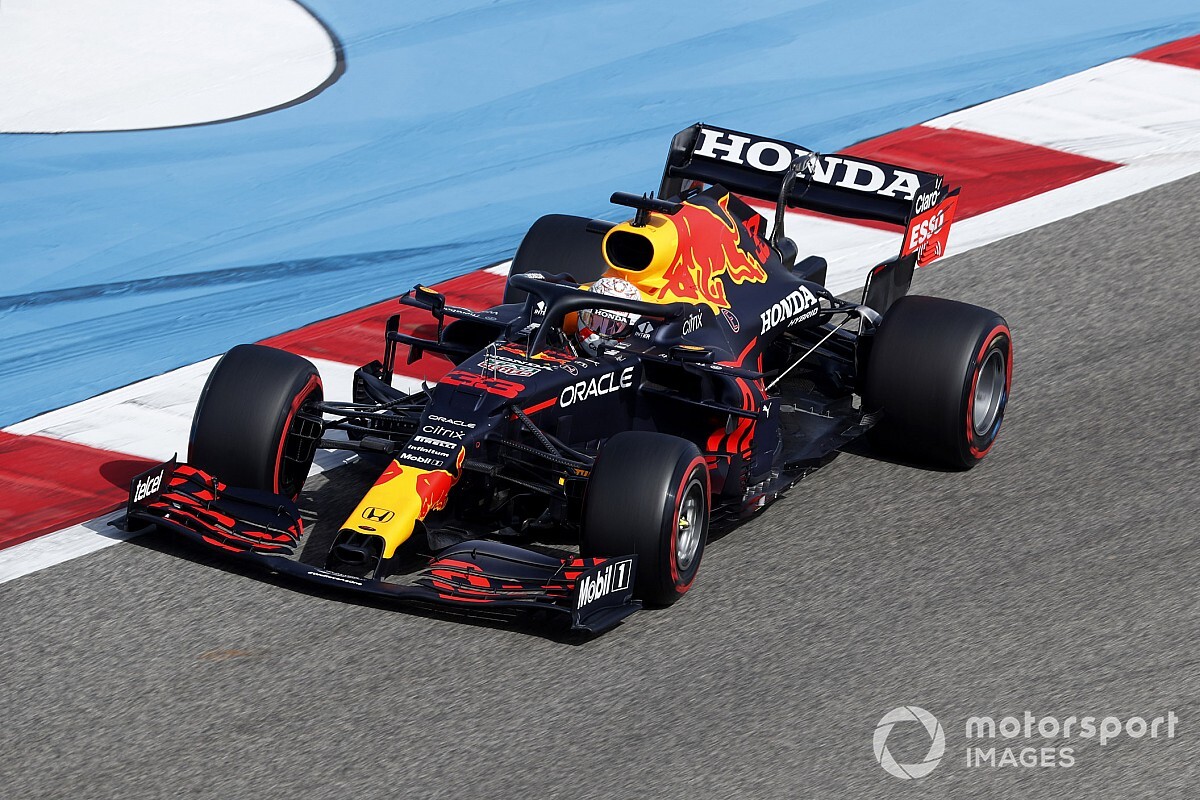 Both Friday practice sessions have been cut to one hour in 2021, instead of the usual 90 minutes each. Alpine’s returning two-time world champion Fernando Alonso was the first car out on track to set a laptime in FP1, which was topped by Verstappen, and the Dutchman then repeated the feat in FP2.

What happened in Free Practice 1?

FP1 started well for McLaren, which held an early 1-2 with Lando Norris and new signing Daniel Ricciardo. Red Bull’s Sergio Perez took over at the top for a moment, before Lewis Hamilton went fastest on 1m32.844s.

His teammate Valtteri Bottas went to P1 briefly, before Max Verstappen rose to the head of the times. Hamilton pushed again on the same set of soft tyres and lowered the bar to 1m32.214s.

Just after the halfway mark, Norris jumped to the top of the times on 1m31.897s – three tenths faster than Hamilton. Charles Leclerc (Ferrari) and Pierre Gasly (AlphaTauri) vaulted to second and third, ahead of Hamilton.

In the closing 10 minutes of the session, Bottas improved to P1 on 1m31.692s, as Hamilton suffered a scruffy end to his lap and couldn’t even match Norris.

Verstappen then laid down the gauntlet with a lap of 1m31.394s, setting fastest overall sectors for the first two-thirds of the circuit – even getting a tow from an Alfa as he opened his run.

What happened in Free Practice 2?

In FP2, the medium tyres were used by the majority of teams at the start, with Verstappen setting the early pace at 1m31.842s – as both Mercedes drivers had their first flying lap times deleted for exceeding track limits at Turn 4.

At his second attempt, Bottas beat that by 0.339s to take over the top spot after 10 minutes, before Hamilton produced 1m31.261s to grab P1.

Kimi Raikkonen suffered a half spin at Turn 2, swiping the front wing from his Alfa Romeo against the barriers.

As teams switched to soft tyres and lower fuel in the middle of the session, Hamilton lowered his fastest time to 1m31.082s despite a poor first sector, with Sainz only 0.045s slower. Norris went quickest on 1m30.942s, shortly before Verstappen took P1 away for good with 1m30.847s.

Verstappen ended his session with a new-medium-tyred long run along with the majority of the others. That meant the order stayed static over the last 20 minutes, in the order Verstappen, Norris, Hamilton, Sainz and Bottas. Ricciardo was sixth, ahead of leading rookie Yuki Tsunoda (AlphaTauri), Lance Stroll (Aston Martin), Gasly and Perez.

Alonso could only manage 16th and 15th places across the two sessions on his return.

Darling Glaminatrix Darling Matte Pressed Pigment ($7.30 for 0.064 oz.) is a bright, medium-dark pink-coral with warm undertones and a matte finish. The...
Read more

With the introduction of kids’ wear, the mood and mind-set of Ssense isn’t about to change. What is changing at the Montreal-based, 18-year-old Ssense...
Read more

This Stockholm Salon Will Change the Way You Think About Pastels

It’s a pretty regular occurrence that we come across a space and think, Hey, how’d you do that? From custom built-ins to expert...
Read more

A little over five years after the retirement of 2015 Triple Crown winner and Horse of the Year American Pharoah , his half brother...
Read more