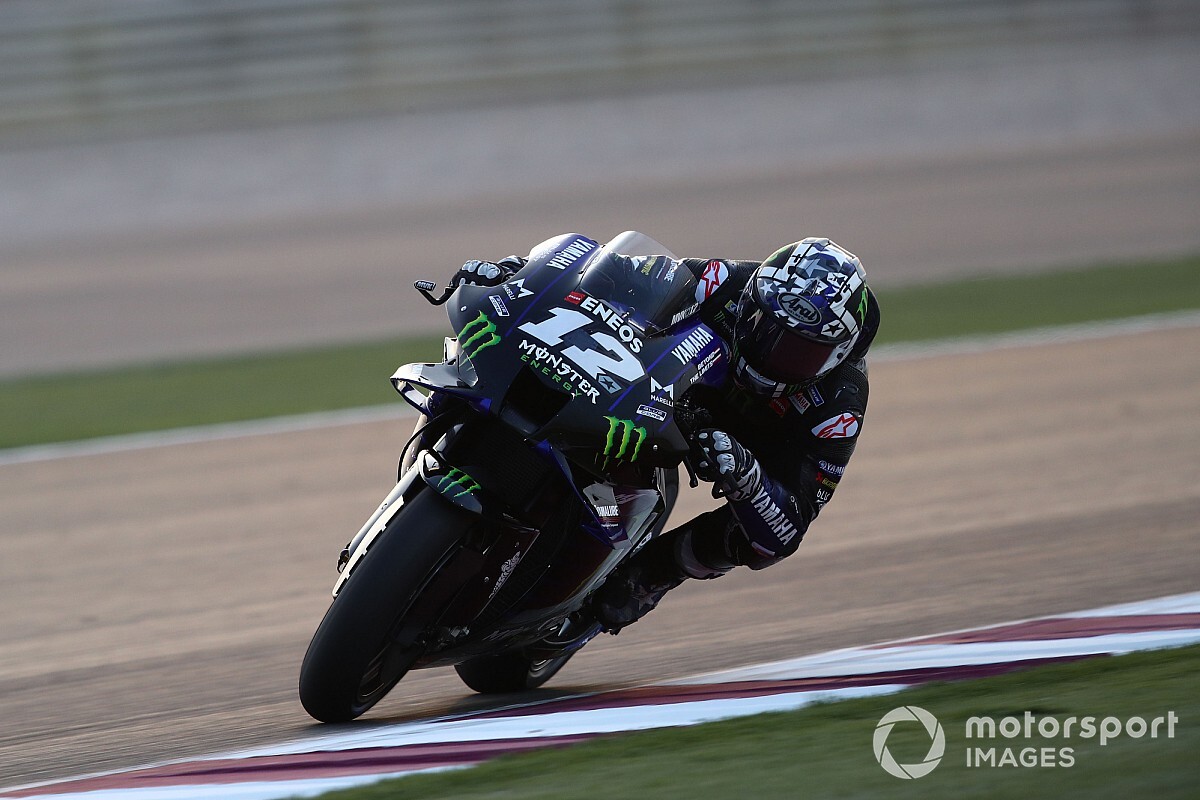 Rumours emerged earlier in the week on the run up to the opening round of the 2021 MotoGP season that Vinales’ Yamaha crew chief Esteban Garcia had tested positive for COVID-19.

Vinales confirmed Garcia had an initial test which proved reactive – meaning the result didn’t count – but tested negative on Wednesday.

Despite this, Garcia will have to remain in quarantine in his hotel until Saturday, leaving Vinales without a crew chief at the track until race day.

However, the eight-time MotoGP race winner is relaxed about the situation and is confident of Garcia being able to support his side of the garage from his hotel during Friday and Saturday.

“No, not really,” Vinales replied when asked by Motorsport.com if the rumours about his crew chief testing positive for COVID-19 were true.

“Esteban wasn’t caught positive or negative, I think the correct name is reactive.

“So, he’s been tested yesterday, he’s negative. But he needs to remain in this hotel for COVID until Saturday.

“So, he will come 28th, for the race time, but anyway we are all connected.

“So, for us it’s not a problem. We know Esteban will support us in the hotel.

“At least we did a lot of laps in the test, we don’t have much to test.

“There’s not many things to do.

“It’s shame, obviously, because we don’t have all of the team.

“But at least we are very calm that it’s negative, so the rest of the team is also ok.”

The factory Yamaha squad was one of the team affected on a number of occasions last year by COVID-19, with several members of the technical team and members of Vinales’ crew missing races in the second half of the season due to the virus.

Incidences of COVID infection within the MotoGP paddock should hopefully decrease significantly in coming races as both doses of the COVID vaccine have been offered – and largely taken up – to the paddock by the Qatari authorities.

Check out all the places seen in this video: https://www.touropia.com/best-places-to-visit-in-canada/ Awe-inspiring scenery, vibrant cities and a welcoming atmosphere all make Canada a popular tourist destination....
Read more

What do you do when you’re a skater who lives in a mountain town who can’t shred the pavement because it’s littered with...
Read more

What to know about the store’s upcoming Spring Savings Event

— Recommendations are independently chosen by Reviewed’s editors. Purchases you make through our links may earn us a commission.Any beauty addict knows that...
Read more