westbank presents its master vision for the sweeping transformation of san jose, redefining california‘s silicon valley. marking the world’s stage for innovation, silicon valley has long centered its focus on the digital space, leaving its built environment largely ignored. those who work in san jose spend too long commuting from other areas, only to find their work environments uninspiring and unhealthy. the team presents its newly designed westbank campus as a response to the structure of the city, and how it is failing its occupants and its natural context — finally bringing silicon valley’s built space into the future with a community-focused collection of residences and workspaces.

san jose has long hosted the ingredients for an intelligent and sustainable transformation, and westbank has taken on the challenge. the sweeping westbank campus has been designed by a team of architects including kengo kuma, bjarke ingels group, james k.m. cheng architects, WRNS studio, and studio gang. the development addresses the city’s need for affordable housing, a vibrant sense of community, and sustainable and performative buildings. the team commits to introducing thousands of low cost and low carbon residences within walking or biking distance from the inspiring, design-minded new workspaces.

kengo kuma and associates designs its ‘park habitat’ as park of westbank’s san jose campus to hybridize green park space with living and working environments. the design was developed to address the urgent need to create residential and office spaces that embrace nature, rather than separate is users from it. the project integrates an engaging public realm, a ‘breathing green lung,’ pockets of nature, a responsive facade, and a rooftop park. 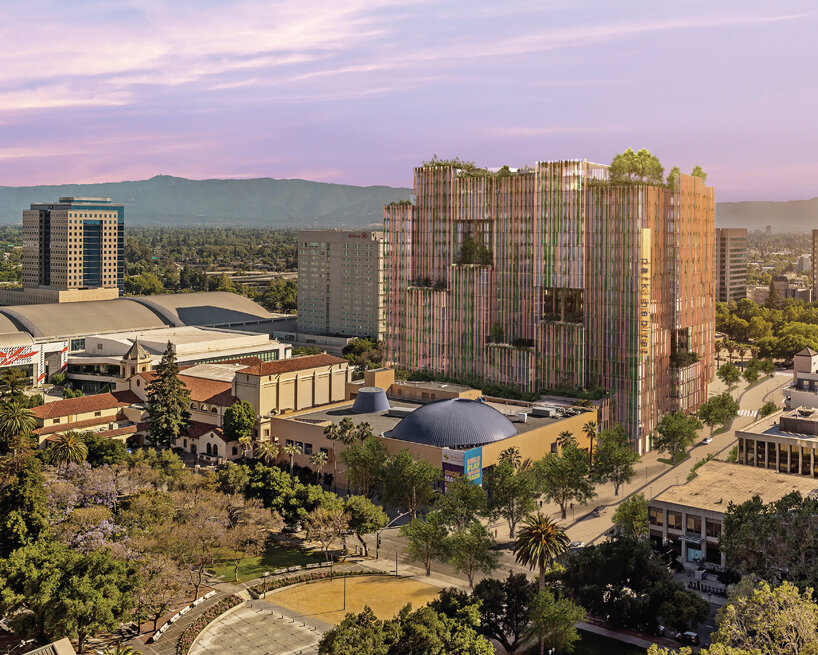 all images courtesy of westbank

inspired by the organic condition of a mossy tree trunk, kengo kuma‘s ‘park habitat’ will recall the picturesque element of overgrown nature. the volume features pockets of green space, scaled to align with a typical office module. these modules are mixed and configured according to views, light, orientation, and function. the complex geometry is in fact shaped by light, itsshifting and stepping volumes informed by their relationship with the sun. 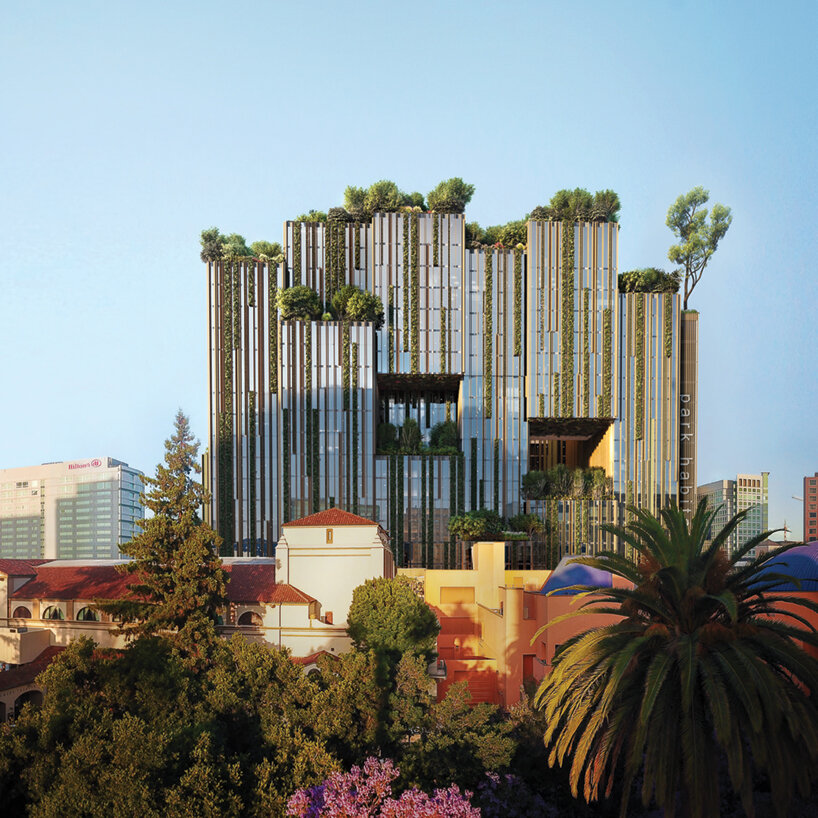 bjarke ingels group will partner with westbank to revitalize san jose’s iconic bank of italy tower. the 95 year-old historically protected building has already seen its interior demolished and will soon be converted to become a new destination at the heart of the expanding city. the bank of italy will include retail, education, cultural club, and workspace programming. the design team at BIG seeks to approach the renovation project under the theme of adaptive reuse, expressing the heritage of the building while adapting contemporary ideas of living and working — resulting in a more dynamic hybridization of old and new. 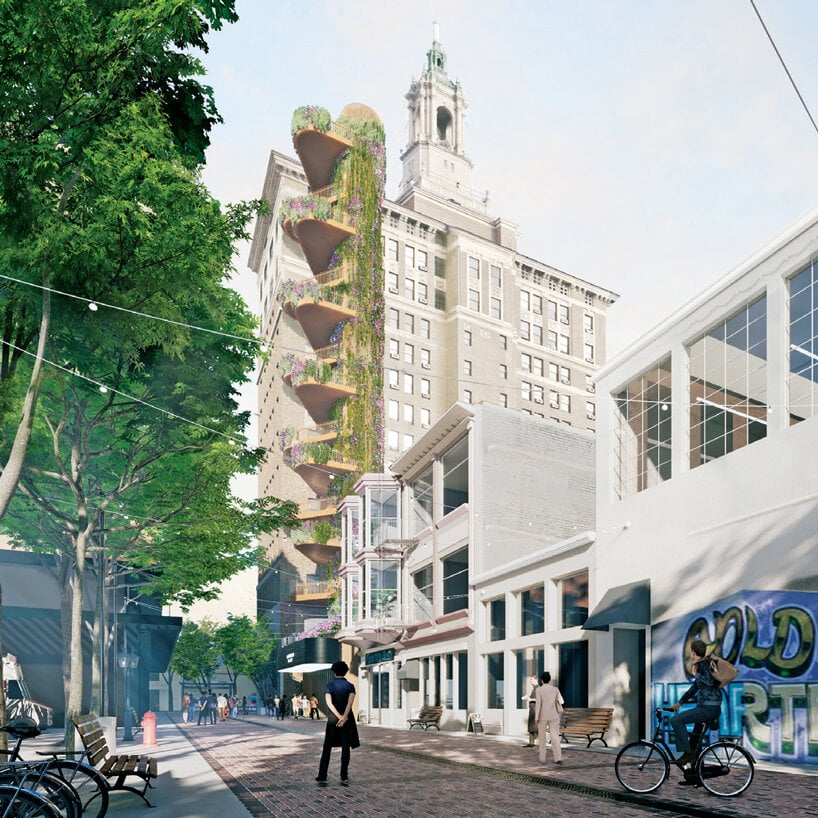 bjarke ingels group’s bank of italy renovation will sidestep much of the harmful effects of the construction process while introducing a vibrant new sense of community. by reusing the foundation, structure, cladding, and roofing of san jose’s existing bank of italy, the team at BIG will avoid over 6,000 metric tons of CO2. at the same time, the exterior will see the addition of a stack of vegetated, cantilevering workspaces which taper away from the historic structure. 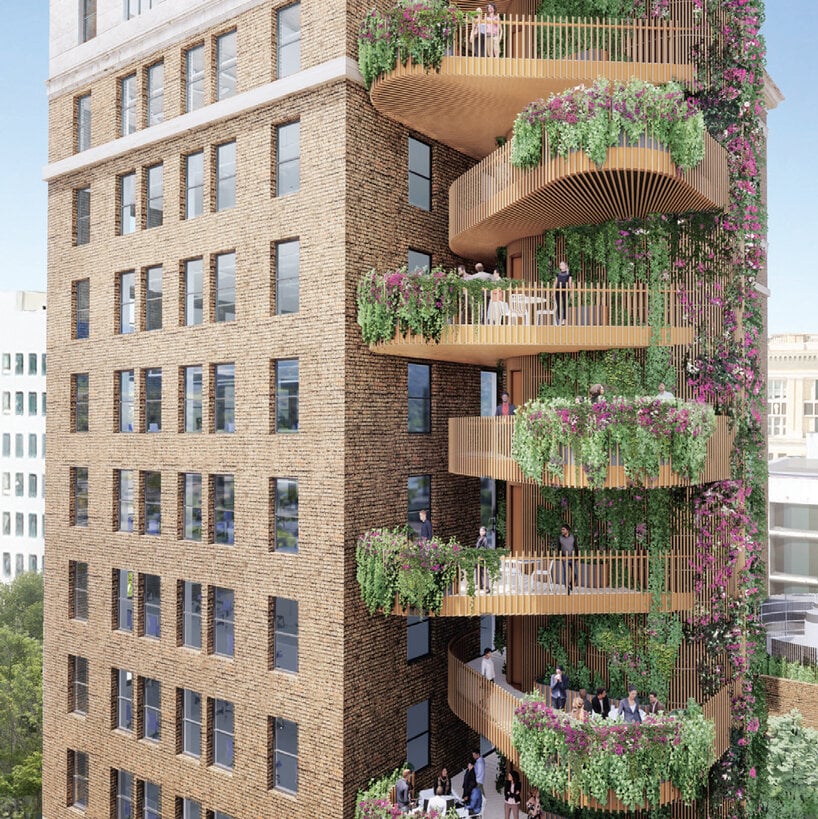 continuing its partnership with westbank, bjarke ingels group will realize an ‘energy hub’ as its second project for the san jose campus. surrounded by a network of alleyways, the hub will be located in the city’s heritage district at the convergence of a residential and commercial area. the team aims to maintain this fabric while introducing a porous and engaging mixed-use public realm. to do this, the density is shifted to the building’s upper levels, opening pedestrian access at the level of the street. 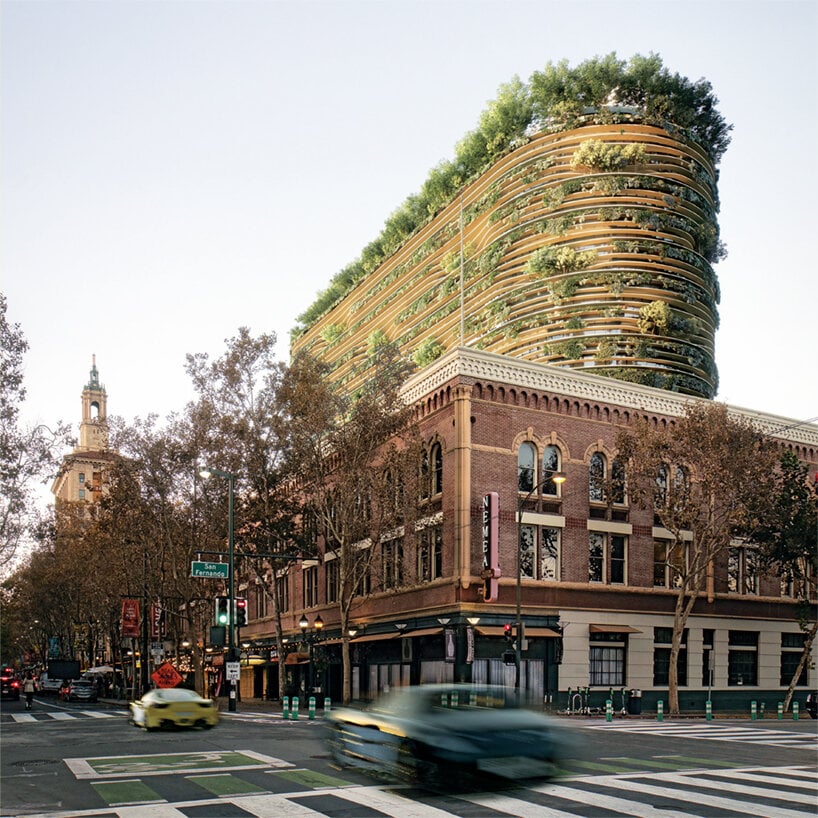 bjarke ingels will divide the mixed use programming between three primary programs. with retail at the street level, the ‘legs’ of the structure will host residential units. above, the more dense upper half of the building will be occupied by workspaces looking outward across the city. 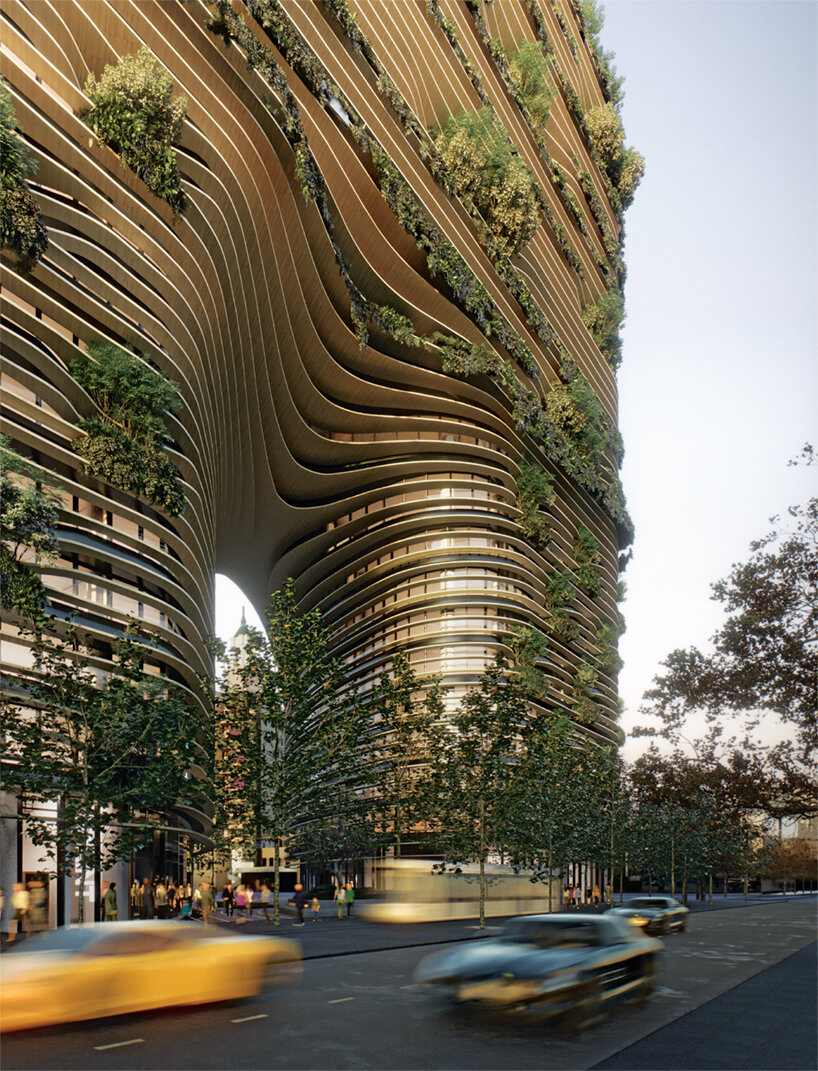 the ‘orchard’ will span two distinct projects within westbank’s campus in san jose. the two massings will be organized to express a ‘bar and dot’ concept inspired by a ‘billboard and a jewel on a platter.’ the ‘bar’ refers to a backdrop of office buildings with integrated plantings, resembling a vertical orchard. the ‘dot’ refers to a smaller scale residential building. while architect jim cheng designed the overall master vision for both orchard sites, the workspace building had since been handed over to WRNS studio.

the smaller of the two orchard sites, the residential ‘dot,’ will be designed by james k.m. cheng architects. the work will introduce dwellings at 300 S 1st st. to be integrated into the surrounding arts neighborhood. the concept of the ‘vertical orchard’ is introduced to the urban site to celebrate the agricultural heritage of san jose.by integrating vegetation into the roofs and facades, the vertical orchard not only fully replaces the productive land displaced by the development, but further contributes to agricultural production through the facades of the building. 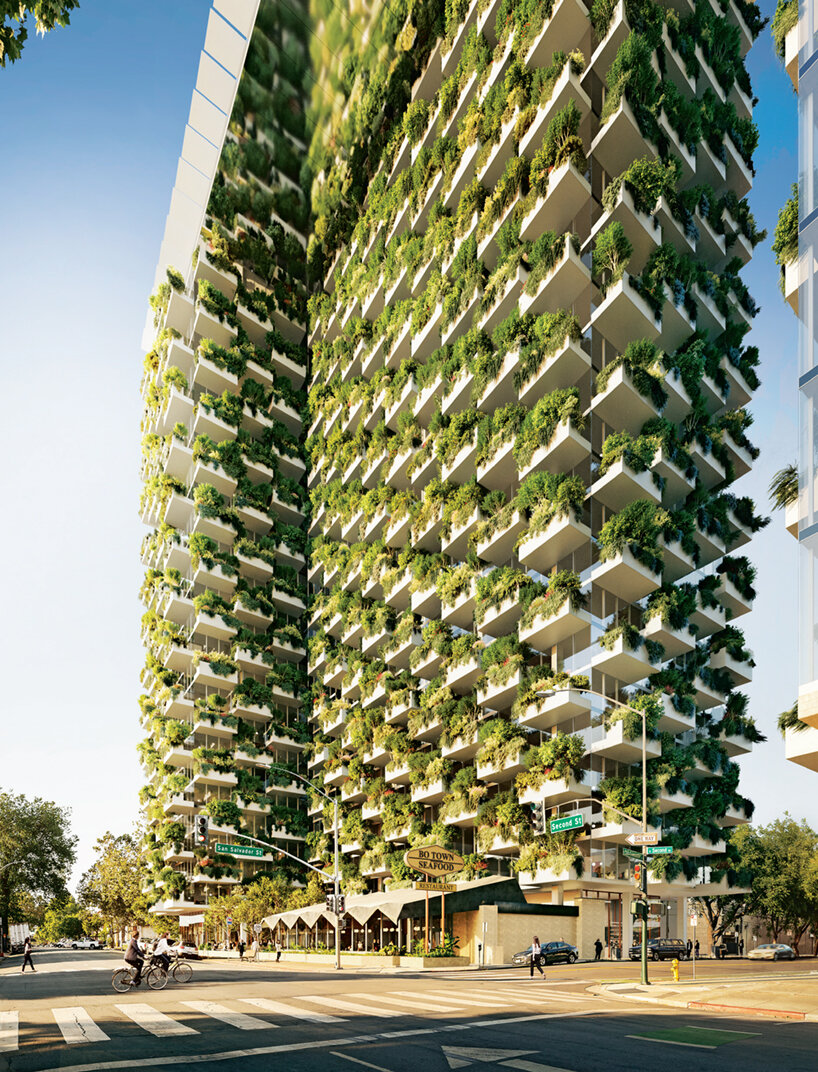 the orchard workspaces by WRNS studio

the next ‘orchard’ site within westbank’s san jose campus will be completed by WRNS studio and will be entirely commercial. the larger of the two orchard sites, the WRNS’s orchard will stand as the ‘bar’ of the ‘bar and dot’ scheme. the vertical orchard will bridge a neighborhood activated by students and a vibrant arts and culture district. a street level market and food hall will be topped by a workspace podium divided between two towers. the pair of volumes will be connected by a podium with large floor plate workspace and amenities above ground floor retail.

the two volumes of the WRNS-designed orchard workspaces are organized with an L-shaped configuration. this L-shape introduces a ‘pulled back’ condition to introduce a generous public plaza at the street level. meanwhile, the connective podium is pushed down to respect the scale of the building’s low neighbors. the rooftop of the podium provides an urban theater that can be used by the occupants and will host public events. 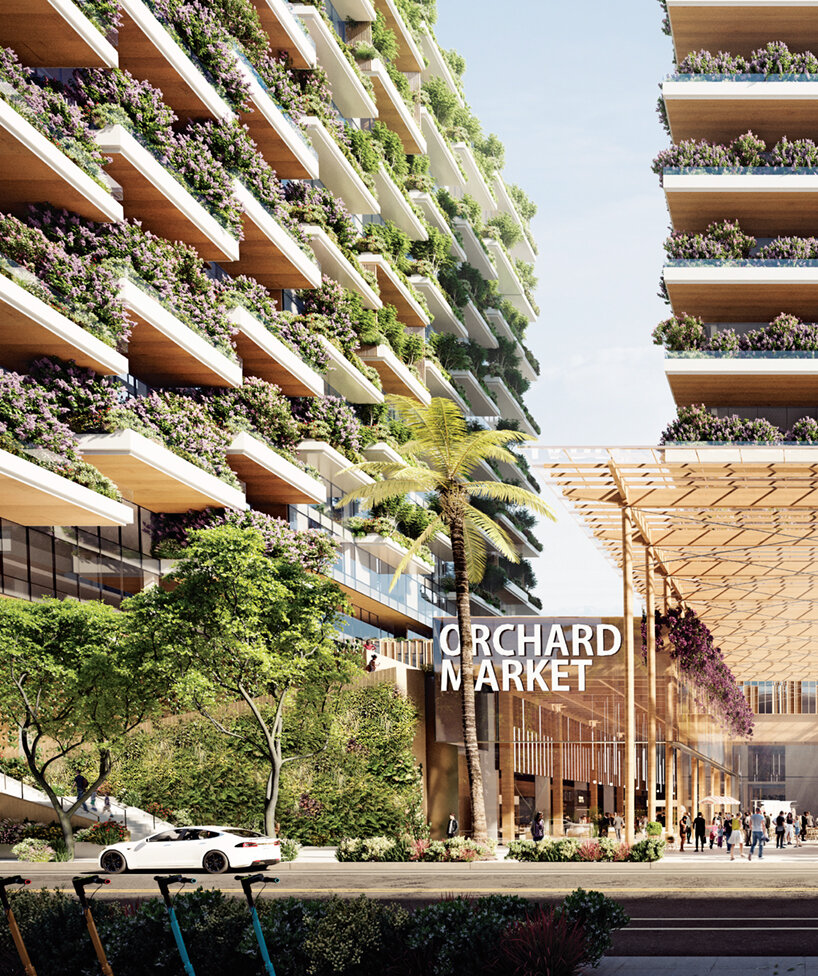 studio gang looks to the ecology and geology of the san jose context in designing the timber ‘arbor’ workspace for the westbank campus. the project seeks to establish a new model for how a typical workspace can mitigate climate change by introducing a new and biodiverse ecosystem. the expressive wood structure will filter the sun and sound and provide access to plantings and terraces that connect its users with nature. 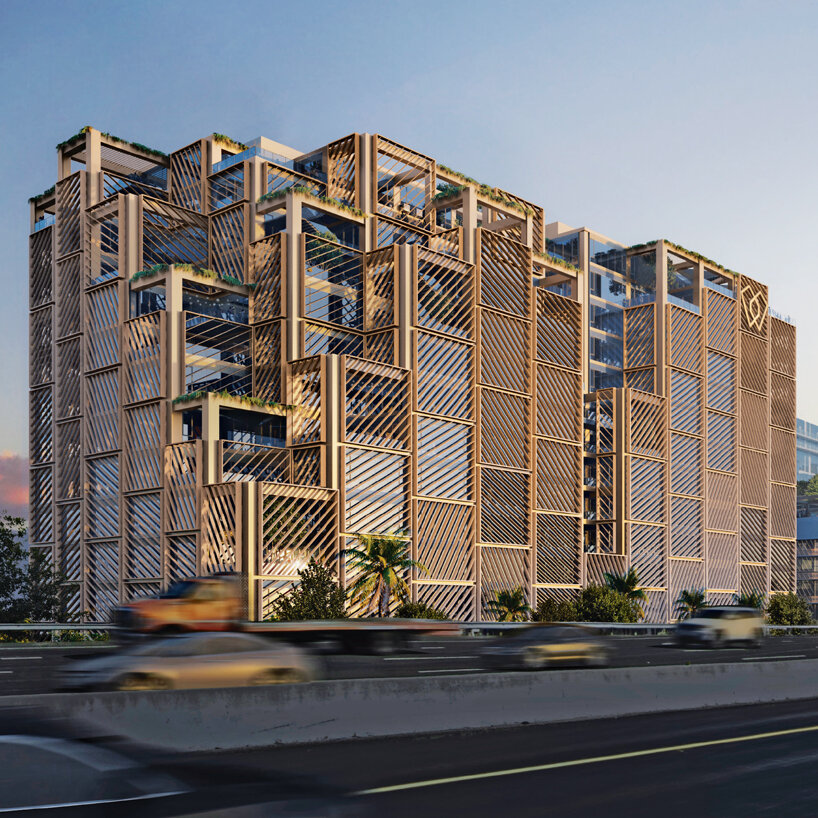 studio gang designs ‘arbor’ to be built with mass timber to substantially reduce both carbon emissions and the physical weight of the structure. the benefits of this construction include speed of on-site construction, seismic strength, and fire resistance, along with a warm atmosphere that celebrates a connection with san jose’s orchard heritage. 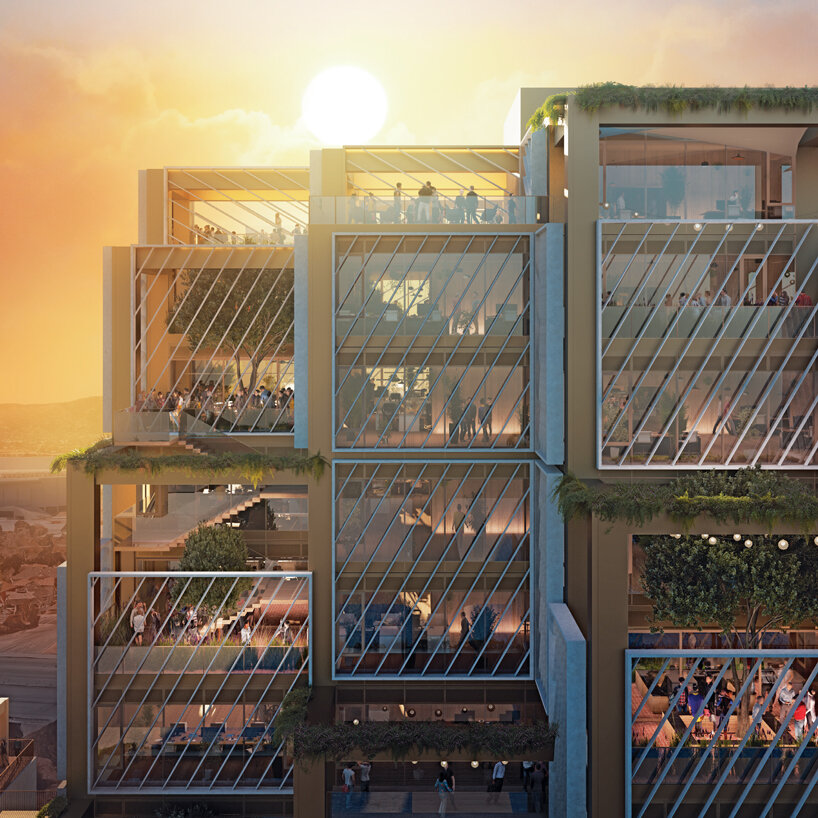 OWINGS MILLS, Md. -- From back-to-back eagles to back-to-back shots in the water, Bryson DeChambeau had a little bit of everything Saturday in...
Read more

On the warm Friday afternoon of June 4, the neighborhood of Astoria in Queens, New York was humming with life. Families were out...
Read more